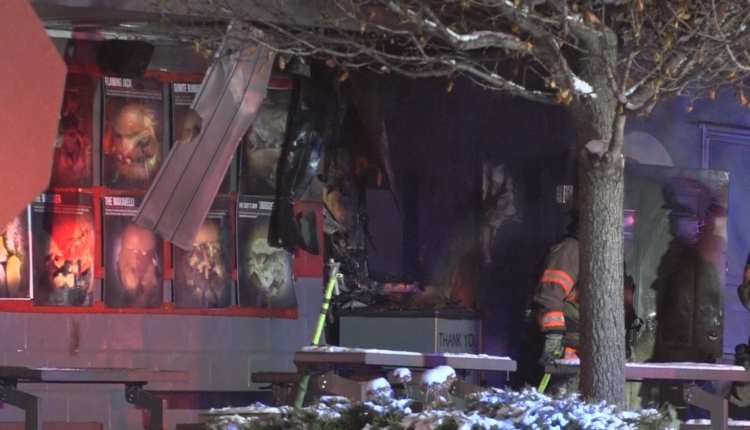 ROCKFORD, Ill. (WIFR) – The attorney for 15th & Chris owner, James Purifoy, released a statement Wednesday after the Rockford business suffered $100,000 in damages over the weekend.

23 News met up with Elder Granger II for the first statement released from Purifoy’s perspective since a fire broke out just after 8 pm Sunday at the restaurant on 15th Ave. at Rockford.

Granger says that Purifoy was in the restaurant the night of the fire, prepping food for his food truck to go out Monday to The Home Depot in Machesney Park. He said that between 7 and 8 pm three people attacked Purifoy, knocking him unconsciously and setting the restaurant on fire.

The fire remains under investigation, but Granger says that Purifoy woke up during the blaze, crawled out of the restaurant and started driving himself to the hospital. During the drive, Purifoy was only able to make it to Sandy Hollow Road when police were dispatched to his vehicle to transport him to a local hospital for treatment.

Purifoy suffered 3rd-degree burns over 25% of his body, including his thighs and face.

Granger says that the Purifoy family had been receiving threats throughout the month, beginning the week of January 7, 2023 up until around Jan. 18, when Purifoy filed a complaint with Rockford police.

Text messages and photos threatened Purifoy’s family and himself, according to his attorney. Granger says the assailants demanded a sum of money in exchange for Purifoy’s safety.

At this time, Rockford police and fire departments have not released a statement on Sunday’s fire.

This story is developing and will be updated as information is confirmed.