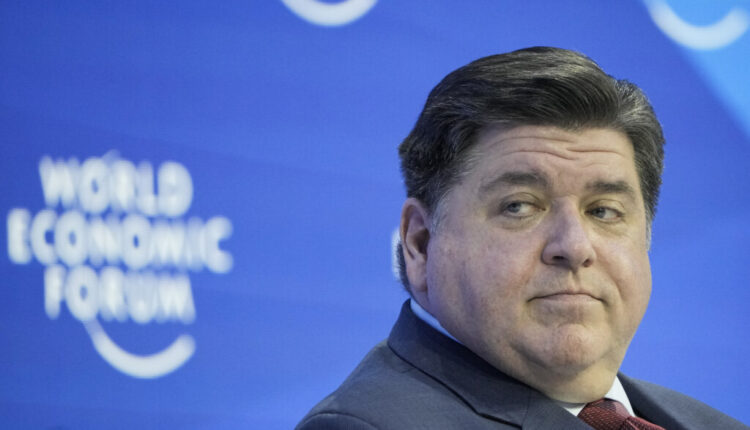 gov. JB Pritzker is making free college a priority in his second term. Tuition is driven up by pension costs, which Pritzker routinely ignores.

gov. JB Pritzker is making affordable college a priority in his second term, but so far he’s ignored the surest way to ensure it can happen: pension reform.

“It’s also our obligation to make college more affordable by removing financial barriers. That’s why we need to bring down the cost of higher education. Since I took office, we’ve increased scholarships by more than 50%. Now let’s focus on making tuition free for every working-class family,” Pritzker said.

The biggest barrier to affordable college in Illinois is pensions. Rising pension costs push up Illinois tuition, forcing students to pay the difference.

It’s why Illinois has the fourth-highest in-state tuition and fees for public universities in the nation at $14,455 a year. Pritzker boasts increased scholarships, but scholarships are like a coupon: they help people but do nothing to change the price tag.

Other big states keep their universities affordable. Public colleges in California, New York, Texas and Florida all cost under $9,000 a year for residents.

In a candidate questionnaire with the Chicago Sun-Times, Pritzker opposed pension reform.

“Many Illinoisans spend their entire careers contributing money to a pension fund with a promise they’ll get that money back. I firmly believe that’s a promise that can’t be broken,” Pritzker wrote in his response.

Promises are important, but much of the problem is because Illinois politicians broke the system by over-promising pensions and asking workers to contribute too little. The typical state university pensioner contributed $62,460 during working years and received an average lifetime pension payment of $1.2 million as of 2019.

A “hold harmless” pension reform developed by the Illinois Policy Institute would tie all pension cost-of-living adjustments to inflation rather than a fixed rate of annual growth, saving more than $2.4 billion in the first year alone. It would also increase required government contributions to fund 100% of promised pensions rather than the current 90% target.

Coles, neighboring counties to be surveyed for flood risk analysis