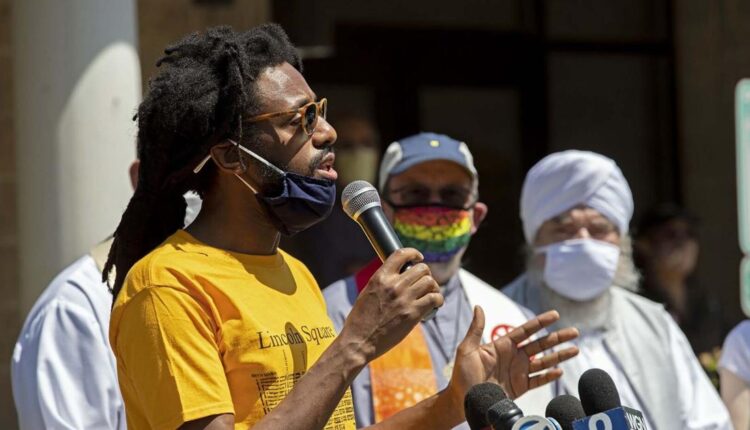 Facing backlash, Bloomington, Illinois-based State Farm ended its partnership this week with the GenderCool Project, a “youth-led” nonprofit organization that distributes children’s books about being transgender, inclusive and nonbinary to schools and libraries. Now the insurance company is feeling the heat from LGBTQ advocates.

“When it came to our attention that State Farm had reversed this partnership with the GenderCool Project, we found that to be reprehensible,” said state Sen. Mike Simmons, a North Side Democrat and the first openly gay state senator in Illinois. “In 2022, we need allies who are for real, and who are really going to stand with the LGBTQIA+ community, particularly when we are under siege right now in so many parts of the country.”

Simmons was one of five Illinois legislators to sign the statement, which said State Farm made a “knee-jerk concession to bigotry” by dropping its support for the GenderCool Project.

State Farm came under fire this week after a January letter recruiting 550 agents and employees to participate in the program by donating a three-book bundle to teachers, community centers and libraries was published online by Consumers’ Research. The Washington, DC-based nonprofit educational group launched a critical campaign of the program, calling State Farm “a creepy neighbor” targeting 5-year-olds.

State Farm posted a statement on its website Tuesday explaining the decision to end its affiliation with GenderCool, saying it did not support “required curriculum in schools on this topic.” But with criticism over the abrupt decision mounting, State Farm issued a statement Thursday affirming its support for the LGBTQ+ community.

“We cannot take back the frustration, hurt and emotion many have endured as a result of our actions and our response, but we can move forward knowing we will continue to respect and support everyone in our communities, representing every group within our society,” the company said.

Brian Johnson, CEO of Equality Illinois, a nonprofit organization advocating for LGBTQ rights, said the State Farm partnership with GenderCool was never intended to make the books required reading for children in schools.

“This was a volunteer program with State Farm for employees and agents … to make sure that books which talk about gender identity in an accurate and affirming way were accessible by people who wanted it,” said Johnson, who also signed the legislators’ statements.

Gender identity education in schools has become a lightning rod issue in the wake of recent legislation enacted in Florida, Texas and other states, which critics have dubbed “Don’t Say Gay” laws.

In March, Fla. Gov. Ron DeSantis signed legislation prohibiting classroom discussion about sexual orientation or gender identity in kindergarten through third grade. The Parental Rights in Education law has sparked outrage among LGBTQ+ advocates and opposition from dozens of companies, including Disney, which has 77,000 employees at its Disney World theme park in Orlando.

With Pride Month beginning next week and the annual Chicago Pride Parade scheduled for June 26, Johnson said State Farm will not be welcome to participate in the festivities — unless it reverses the decision to drop support for GenderCool.

“You can’t actually respind support for families and young people who want to learn about gender identity in an affirming way, and then next week launch a marketing blitz that says you’re super supportive of the LGBTQ+ community,” Johnson said. “At least you can’t do both those things without us calling out your hypocrisy.”

The GenderCool Project is an educational organization helping to “replace misinformed opinions with positive, powerful experiences” through the stories of transgender and nonbinary kids, said Jennifer Grosshandler, co-founder and executive director of the four-year-old Chicago-based nonprofit.

Grosshandler, who said the organization began working with State Farm about a year ago on the voluntary program, was more conciliatory toward the insurance company.

“We were disappointed to learn about the decision,” said Grosshandler. “The truth is that State Farm has done really good and important work with the LGBTQ community. They’re going on their own journey. And the outpouring of love and support that we’ve gotten from all of our current corporate partners has been remarkable.”