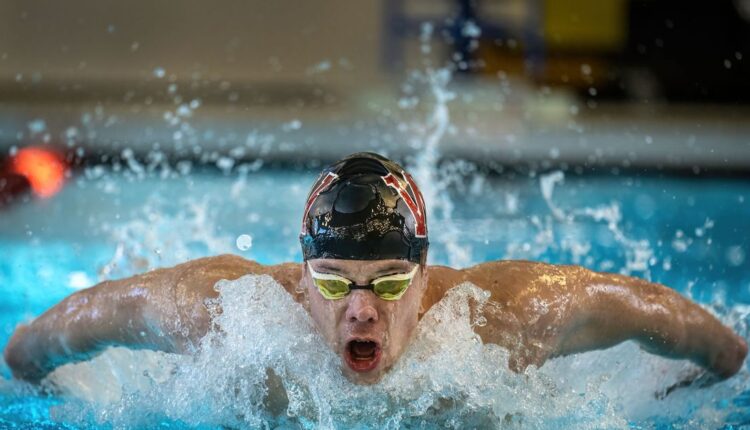 The award, in memory of the former Pirates All-America quarterback (1958-61), was established to honor Whitworth student-athletes who model the characteristics of the award’s namesake, specifically modesty, poise and leadership in addition to excellence in athletics performance, drawing respect for the school, the team and the individual.

Besides the individual records, Grady was a member of three relay teams that set school marks. He concluded his career at the 2022 NCAA Division III Swimming and Diving Championships, where he finished fourth in the 200-yard breaststroke, ninth in the 200 individual medley and 11th in the 100 breaststroke.

The Leetch award was created in 2015 to honor the memory of the former Whitworth director of athletics who perished in a plane crash in April of that year. It recognizes a student-athlete who embodies inspiration, passion, perseverance and dedication to their sport.

Lester was part of the men’s basketball program for five seasons (2017-18 through 2021-22) after transferring from the University of Robert Morris. But he was only able to play one full season (2018-19) because each of the other four ended early, never happened or he was injured. He was always there though, supporting and encouraging teammates and earned bachelor’s and master’s degrees while retaining his eligibility.

Thomas battled through a severe hip injury in 2022 to play designated hitter, instead of her usual position as catcher. She batted .294 and led the team with 10 home runs and 41 RBIs and led the conference in walks (27), earning honorable mention All-NWC. She ended her career as Whitworth’s all-time leader in home runs (39) and slugging average (.725).

The first Cougar honored as the conference player of the year, Bayerlova also was named first-team All-Pac 12 for a third time after being second team last season.

Also last week, the native of Krumbach, Germany, was selected to play in the 2022 NCAA Division I women’s singles championships May 23-28 in Champaign, Illinois. She is ranked No. 36 in the Intercollegiate Tennis Association poll and has a 17-2 singles record, including 12-2 at No. 1, and 6-1 against nationally-ranked players.

Her third trip to national ties Eric Perkins for the most in program history. Bayerlova also played in 2018 and 2019 as a freshman and sophomore. In 2019, she had a first-round win, the first player in school history to win a singles round at the NCAAs.

• Alyssa Benthagen, Central Washington’s junior catcher from University HS, was an unanimous selection to the 2022 All-Great Northwest Athletic Conference softball team. She hit .312, tied for the conference lead with 11 home runs and tied for seventh with 35 RBI.

• Haley Loffer, College of Idaho’s senior shortstop from Lake City HS, collected two awards when the Cascade Collegiate Conference passed out 2022 softball honors. She was named to the All-CCC first team and was the conference Golden Glove recipient for her position.

• Gonzaga had two top-15 finishers in the West Coast Conference men’s golf championships, where the Zags tied for seventh. Senior Charlie Magruderwith a final-round 5-under par 67, tied for ninth at 3-under 213, and junior Zach Stocker (Central Valley), off a 6-under 66 in the final round, tied for 15th at 215.

Sekulic collected his first collegiate win at the Visit Stockton Invitational in late October at 16-under 197 for 54 holes, had six top-25 finishes and led the Cougars in rounds played (28) and scoring average (71.12).

• Megan Billeter, the Western Washington junior from Mt. Spokane, and her Vikings teammates didn’t fare well in the NCAA Division II West Regional women’s golf championships last week in Stockton, California. Billeter, the Great Northwest Athletic Conference co-player of the year, was 64th at 24-over 240, and the Vikings were last in the 12-team field at 60-over 924.

Vaid picked as next director of McKinley Health Center | News