Megalodon sharks may have been forced into extinction by great whites 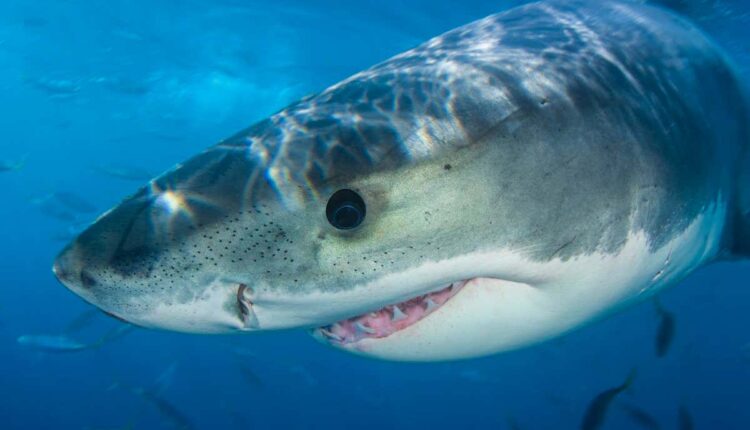 Great whites may have accelerated the extinction of the world’s biggest shark, megalodon, by competing for similar prey. The new insight comes from an analysis of zinc in ancient tooth enamel of both types of shark.

It has been an estimated 3.5 million years since the last megalodon died, but the reason for the giant carnivore’s demise remains a mystery. Previous research suggests megalodon may have struggled to find enough food to meet their massive appetite, and Kenshu Shimada at DePaul University, Illinois, and his colleagues were eager to find out more about the giant fish’s place in the food chain.

Megalodon’s roughly 15-metre-long body contained a skeleton made of cartilage – which doesn’t fossilise well – so researchers are left with the animals’ palm-sized teeth for clues about how it lived.

“My collaborators and I wanted to see if we could decipher the diet of megalodon and other extinct sharks, including the prehistoric great white shark, using zinc isotopes preserved in fossilized teeth,” says Shimada.

This is the first time scientists have used zinc isotope analysis on shark teeth, but the technique “has been found to be a powerful tool to decipher the relative positions in the food chain among diverse species”, says Shimada.

Using a dental drill to collect tooth enamel, the team sampled 20 living shark species and 13 extinct species including megalodon. They then compared the varying levels of zinc trapped in the 262 individual teeth. Zinc is essential for animal life and is mostly sourced from diet – with the exact balance of zinc isotopes in the diet, and hence tooth enamel, indicative of the type of food an animal has eaten.

The researchers found that the zinc isotope ratio in megalodon’s sample closely matched that of ancient great white sharks. Because both species had low levels of zinc in their tooth enamel, they probably shared a similar apex predator position during the early Pliocene, about 5 million years ago, when the two co-existed.

Shimada notes that previous evidence of fossilized bite marks points to the fact that great whites and megalodon probably shared a diet of small whales, seals and sea lions. While there may have been multiple reasons for megalodon’s extinction, Shimada says he is “very excited” to see that their study offers more evidence that competition for food with great whites was a factor.

Sign up to Wild Wild Life, a free monthly newsletter celebrating the diversity and science of animals, plants and Earth’s other weird and wonderful inhabitants

More on these topics: