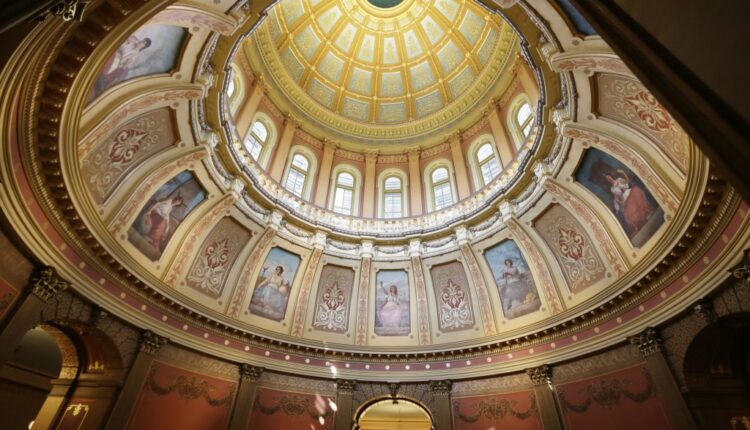 With the successful passage of 401(k)-style pension reform in Michigan’s state legislature, Illinois lawmakers should examine their own growing pension crisis and pursue bolder reforms to stabilize the state’s finances.

Michigan’s state legislature passed a retirement reform bill June 15 that will give new teachers the choice of a default 401(k)-style plan or a revamped hybrid pension/401(k) plan going forward.

When Gov. Rick Snyder signs the bill, Michigan will have completed its transformation to providing 401(k)-style plans for a vast majority of government workers. Michigan’s state workers, but not teachers, have had 401(k)-style plans since 1997.

The state of Michigan is one of the pioneers of government worker retirement reform. Back in 1997, the state froze its pension plan and moved new state government workers into a 401(k)-style plan.

However, Michigan’s teachers were excluded from that plan. In 2010, teachers were given the choice to enroll in a default, hybrid plan with pension and 401(k) elements or an alternative, stand-alone 401(k)-style plan.

With this latest legislation, the default plan for new teachers will be a stand-alone 401(k)-style plan. Teachers can also enroll in a reformed version of the hybrid retirement plan.

Details of the Michigan plan

Under the new default standalone 401(k)-style plan, school districts are required to contribute 4 percent of teacher’s salaries and teachers get to determine what amount of salary they want to contribute to their retirement account. The state of Michigan will match the employee’s contribution up to 3 percent of salary.

New teachers will also be able to enroll in a revamped version of the state’s pension/401(k) hybrid plan. Under the new hybrid plan, teachers must contribute more to their pensions if the pension fund experiences a shortfall.

Right now, teachers don’t have to pay anything extra if the funding level of their pension drops. Under the new plan, teachers and taxpayers will split the cost of paying down unfunded debts 50-50.

The new hybrid plan also contains a shut-down rule. If the hybrid plan’s funding ratio falls below 85 percent for 2 years in a row, the hybrid will be shut down and teachers will be enrolled in the 401(k) plan.

Illinois lawmakers have proved time and again they should not be the ones controlling the retirements of state workers. Enacting a hybrid plan would keep pensions alive for new workers, which means politicians would still have power over workers’ retirements.

Michigan’s population is similar, if a bit smaller compared to Illinois. But Illinois’ pension crisis is far worse than Michigan’s own crisis by every measure.

According to data from a 2016 Hoover Institution report, Illinois has over $188 billion in state unfunded pension and health care debt. Michigan is less than a quarter of that at $33 billion.

Illinois must enact reforms such as a full 401(k)-style plan to begin and end to its pension crisis.

The real solution to Illinois’ pension crisis has been right under lawmakers’ noses for nearly two decades.

A successful, stand-alone 401(k)-style plan for state university workers has been operating in Illinois for nearly 20 years and has over 20,000 members.

Moving new workers to 401(k) plans will slow down and eventually stop Illinois’ accrued pension benefits from growing. That will allow Illinois to begin paying down its unfunded pension debt.

Contributions would be mandatory, just as they are in the state university workers’ plan. State workers not covered by Social Security would set aside 15 percent of their salary each pay period. Each worker would contribute 8 percent of each paycheck into his or her own 401(k)-style account, and the state would match that contribution with another 7.3 percent.

Each worker’s personal retirement account is portable. Workers can take their retirement funds wherever and whenever they want. And the plans don’t depend on IOUs from House Speaker Mike Madigan, Chicago Mayor Rahm Emanuel or Gov. Bruce Rauner.

Michigan shouldn’t be the last state to enact pension reform. All Illinois has to do is expand the 401(k)-style plan for Illinois university workers to all state workers.

Bellevue, Seattle rank among top 20 real estate markets in the US | News