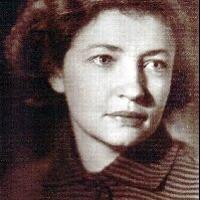 Ninel “Nelly” (Litinskaia) Novruzova, 89, Mount Joy passed away on Sunday, May 8, 2022 at Lancaster General Hospital. She was the wife of the late Taptykh Novruzov. Ninel was born in Moscow, daughter of the late Avraam Litinsky, an engineer and the late Lubov Berger, a housewife, both of Shtetls, Ukraine: Novomirgorod and Shpola. The family eventually moved to Moscow in the early 1930’s. Ninel was a bright kid, she loved music and learned to play piano like her elder sister, Valentina. When she was little, she played Bach’s Invention, F major brilliantly and performed this piece live on the radio.

In 1941, Ninel, along with her sister, cousin, mother and maternal grandparents changed locations several times while running from the advancing Nazi army. In Orsk, in the Volga region, they became victims of the flood and lost many of their belongings. The family ended up in Tashkent, Uzbekistan. Nellie remembered those hard times. She was starving; there wasn’t enough bread to eat. The summers were hot and winters were very cold, and the family lived in the attic of the house. Ninel, although having a sweet tooth and being only 11 years old, was still sharing her meager allotment of sugar cubes or licorice with her sister and cousin. This became her essence: sharing, taking care of everyone around her and her loving kindness.

The whole family reunited in 1944 and went back to their apartment in Sokol neighborhood of Moscow. Nine graduated from high school with the Silver Medal. After the graduation, she went to engineering school and became a civil engineer. She began work as a Civil Engineer in Moscow and simultaneously continued her music education, which was interrupted by the second World War. During this time she met and married Taptykh Novruzov, a Ph.D. student in history from Azerbaijan. In the early 1960’s, the couple moved to Baku, Azerbaijan, where their son, Djavid, was born. She worked as a Civil Engineer in Baku, Azerbaijan for many years. Widowed in 2001, she moved to the USA in 2005 to join her son in Champaign-Urbana, Illinois. Ninel quickly transitioned into her new life in the USA, taking every available class in English at Urbana Adult Education. She became an avid participant in Tai Chi and folk dancing. She frequently volunteered at Champaign-Urbana Jewish Federation. She traveled with her son and visited many European countries, Morocco, Turkey, Argentina, and New Zealand to name just a few. She was an excellent cook and enjoyed long walks in Meadowbrook Park in Urbana. In the fall of 2021, Nelly and her son moved to Lancaster, where Nelly was welcomed by the local Baku Community.

May the memories of Ninel be a blessing.