No. 14 Illinois squares off against UTRGV | Sports 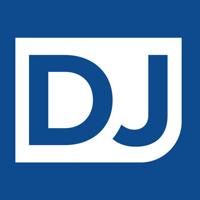 BOTTOM LINE: No. 14 Illinois hosts Texas Rio Grande Valley in a matchup earlier in the season. Both teams won on Tuesday. Illinois won a 72-64 win over Kansas State in Kansas City, while Texas won the Rio Grande Valley 72-67 over Cal State Fullerton.

SENIOR STUDS: Ricky Nelson, Mike Adewunmi and Marek Nelson of Texas Rio Grande Valley have collectively scored 41 percent of the team’s points this season, including 55 percent of all vaqueros who have scored in the last five games. JUMP FOR JUSTIN: Justin Johnson has joined 46.2 percent of the 13 3-pointers he tried, making 5 for 9 in his last three games. He’s also converted 67.7 percent of his fouls this season.

DID YOU KNOW: Illinois ranks fifth among Division I teams with an offensive rebound percentage of 42.6 percent. The Fighting Illinois have an average of 16.6 offensive boards per game.