No such thing as a “safe” jail: 31-year-old woman dies at Champaign County jail 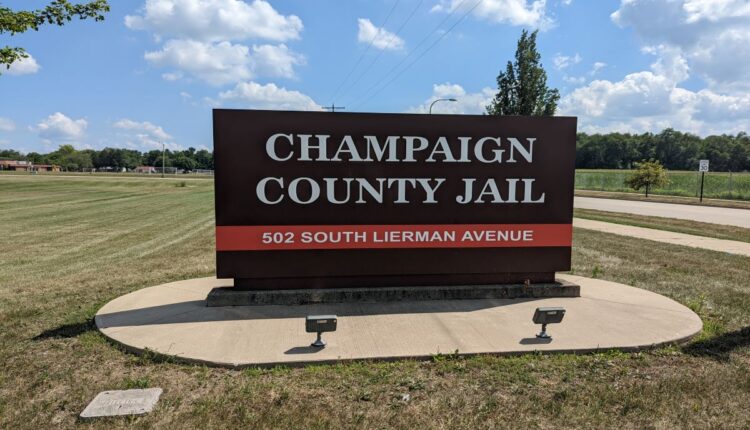 On October 13, 2022, Tillie Deitz, a mother of three young children, died in the Champaign County jail. As I found in my own review of publicly available documents, Deitz admitted to being a drug user upon entering the jail and told officers she was experiencing symptoms of withdrawal. An autopsy ruled that her death was the result of an acute toxicity of fentanyl — the synthetic opiate responsible for a growing number of drug overdoses.

I talked to Bethany Little, the founder and CEO of WIN Recovery, a Champaign-based organization which provides housing and treatment for women with addictions. “They put individuals in jail for crimes committed because of addiction,” she told me. “They are not getting any help in the jails, they should not be there in the first place.”

There is a history of people who have died at the jail. Since 2004, 14 people have not made it out alive. Several of them struggled with drug issues: Veronica “Love” Horstead died in 2016 from heart failure likely due to heroin withdrawal; Toya Frazier died in 2015 after taking pills to ward off heroin withdrawal; Melissa Lackey’s autopsy was inconclusive, but she had been through drug court; Quentin Larry died in 2006 after swallowing a bag of cocaine.

The Democrat-led Champaign County Board last year voted to approve a $20 million jail renovation plan (with $5 million coming from federal COVID-relief funding) to provide, among other things, designated cells for women and improved medical facilities. It was the responsibility of the Board, Sheriff Dustin Heuerman said, to provide a “safe and secure environment” for people at the jail. But it is doubtful that it will address the problems of those with drug addiction. “If people don’t have systems and resources to get clean, they go back to addiction,” Little elaborated. “This is why crime happens to feed an addiction.”

According to a press release from the Illinois State Police which is investigating the death, jail guards found Deitz after she “fell to the ground” in her cell. I spoke to Champaign County Coroner Duane Northrup, who said that Deitz was discovered by guards at 11:35 am, in the middle of the day. She was transported to the emergency room at Carle Hospital and declared dead less than an hour later.

I acquired the copy of the “Face to Face Questionnaire,” dated October 12th, when Deitz was booked into the jail. She admitted to officer Craig Wakefield that she was a heroin user and currently experiencing feelings of “withdraw.” Sheriff’s deputies should have known she was a risk.

On October 6, 2022, Judge Roger Webber sentenced Deitz to a year in the Illinois Department of Corrections for the use of a stolen credit card. The ruling was made in Deitz’s absence in the courtroom, and she had missed several of her court dates. Judge Webber issued a warrant for his arrest.

“People often miss court dates because they are in the grips of addiction,” Little explained. “Drugs have such a hold on you, you don’t even know what day it is. Then there is a fear of turning yourself in.”

Searching Deitz’s history, she had a string of thefts likely related to her drug habit. Ultimately, she was sent to prison for $125 of charges to a stolen credit card. According to police reports I obtained through a Freedom of Information Act (FOIA) request, sheriff’s deputy Cory Christensen investigated a car burglary on January 21, 2021 in Urbana Township. A University of Illinois student’s credit card was stolen from her purse that sat in her boyfriend’s car, which was left out overnight with the doors unlocked. That same day, deputy Christensen personally went to several businesses in Champaign where the credit card charges were made — five gas stations along North Prospect or nearby. He found that Dietz had purchased a couple of butane lighters, $65 in lottery tickets, and four dollars worth of fast food at McDonald’s.

A store manager at the McDonald’s recognized Deitz from the store video as a “homeless looking white female.” She had seen her several times, suspected she was a drug user, and believed she stayed at the nearby Days Inn motel. After obtaining still images from one of the gas station video cameras, deputy Christensen was able to identify a woman named Tillie Deitz with the help of someone described as a “police informant” in a police report. Two days later, Deitz was arrested for shoplifting at Walmart in Champaign.

The officer who arrived at the Walmart to interview Deitz was Champaign County Sheriff Norman “JR” Meeker (who has since been exposed for misconduct and alcoholism after flipping his car while drunk driving). According to Meeker’s police report, Deitz admitted to being an “active” crack cocaine and heroin user, and said that a man was forcing her to steal things to support her addiction. She confessed to using the stolen credit card to make several purchases.

On Tuesday, October 11th, at nearly 11 pm, Dietz was arrested by Champaign police for the warrant issued by Judge Webber. There was a second warrant for the shoplifting case at Walmart. Deitz was taken to the jail where she was booked. She was found collapsed on a cell floor almost 36 hours later.

How About a Safe House?

“Unfortunately, there’s not many options for treatment locally,” said Little, which is why she started WIN Recovery. She had a drug addiction herself and faced many obstacles. The major provider of substance abuse treatment, Rosecrance, no longer takes women, which was a “major hit” to Champaign County. Little detailed the problem:

We have all these rural areas that don’t have programs, people migrate to Champaign for treatment. While here they make a recovery foundation. They don’t have anywhere to go after treatment. It’s either go back to where you came from, or violate parole because there’s nowhere to go. Women especially face a lot of barriers. When it comes to family reunification, one of the core things for DCFS [Department of Children and Family Services] is stable housing. That’s why I got into starting safe homes for women and joined the SAFE Housing Network of Susan Burton. I was homeless myself. Courage Connection wasn’t an option, I didn’t qualify. I had to go back to places where I used to go. That’s when relapse happens.

The cost of keeping a person for a year in the Illinois Department of Corrections is approximately $37,000. It is cheaper to send them to an organization like WIN Recovery which costs around $24,000 a year, which Little says has zero recidivism.

“A ‘safe’ jail, I don’t know what that is,” Little said. “People still need freedom to have that autonomy, to live a life without using, they are not learning that. How about a safe house? That’s what we need at the end of the day.”