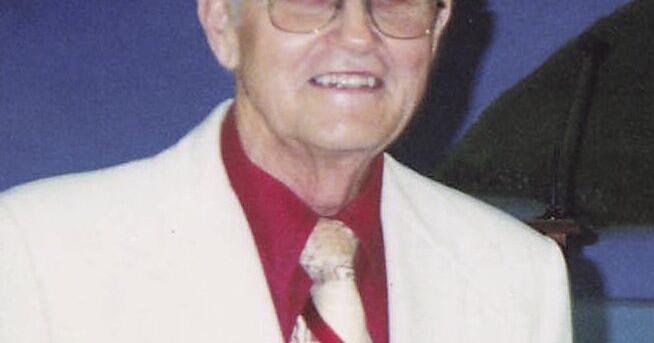 Born October 13, 1938 in New Concord, he was the son of Roosevelt and Tena (Ferguson) Buchanan.

He retired from Tappan Stove Company and Murray State University where he worked as a groundskeeper. He honorably served his country in the US Army and Army Reserves. He was a member of Emmanuel Baptist Church.

He was preceded in death by his parents and three brothers, Berman Buchanan, Jesse Buchanan and Joe Buchanan.

Billy is survived by his wife of 55 years, Jane Ann (Hicks) Buchanan of New Concord; several nieces, nephews; and great-nieces and great-nephews.

Online condolences may be left at www.blalockcolemanfuneralhome.com.

Blalock-Coleman Funeral Home & Cremation Services is in charge of arrangements.

He was a supervisor and worked for Rotodyne for 43 years. Johnny enjoyed jig-saw puzzles, fishing, and complaining. He was a Mason for 47 yrs at the Masonic Lodge, in Wheeling, IL.

Johnny was born October 12, 940, in Beckley, WV, to the late Omer Snuffer and to the late Lula Cochran Snuffer.

He was married for 35 years to the love of his life Leslie Snuffer, who survives of Murray, Ky.

In addition to his parents, he was preceded in death by six siblings, Phillip Snuffer, Gloria Snuffer, June Snuffer, Roger Snuffer, Helen Snuffer, and Jackie Ellison.

There will be a memorial service held in Chicago, IL at a later date.

Please join family and friends in honoring the life of Mr. Johnny Snuffer by visiting www.imesfh.com and posting your tributes and memories.

Imes Funeral Home & Crematory, downtown Murray, is in charge of arrangements and provided editorial content in its entirety for this obituary.

He was born April 15, 1963, to Burman Ferguson of Puryear, Tennessee, and Daisy Hutson Ferguson.

He loved to fish and be outdoors. He was of Baptist faith.

He was preceded in death by his mother.

Ricky is survived by his father, Burman Ferguson and wife Kay; two daughters, Latosha and Brooke Ferguson, both of Murray; one brother, Steve Ferguson and wife Cindy; two nieces, Jennifer Darnell (Burle) and Teresa Collins (Stephen); and one nephew, Fred Cosand (Charity), all of Puryear.

A private service will be held at a later date.

She was born May 4, 1963, in Peoria, Illinois, to Joey Carnell and Glenda Fay (Johnston) Lawson.

She was a homemaker, and a member of Hardin Church of Christ.

In addition to her parents, she was preceded in death by her former husband, Richard Stacks.

Private services and entombment will be at the Murray Memorial Gardens Mausoleum with David Smith officiating. There will be no public visitation.

Collier Funeral Home of Benton is in charge of arrangements.

He was born April 12, 1951, in Murray, Kentucky, to John Marshall and Mildred Hopkins Brandon, who preceded him in death.

He grew up in the Almo Heights area before moving his family to Lexington, where he resided for the last 40 or more years. He was a retired general contractor who was a loving husband, father, grandfather, great-grandfather, and friend that left a mark on all those that he touched throughout his life. He was an amazing man that enjoyed helping others and never met a challenge too big to solve. He enjoyed spending time with his grandchildren and great-grandchildren, and was known to do or “build” anything to make them feel special.

He was preceded in death by the love of his life, Phyllis Brandon, his wife of almost 50 years.

Mr. Brandon is survived by his sons, Kelly Brandon of Lexington and Keith Brandon of Dana Point, California; grandchildren, Michael and Emma Brandon; great-grandchildren, Hallie and Harper; a sister, Johnna Oleis of Franklin, Tennessee; and a brother, Roger Brandon of Paducah.

In lieu of flowers, donations may be made in Danny’s honor to Bluegrass Care Navigators at www.bgcarenav.org/give.

Clark Legacy Center in Nicholasville is in charge of arrangements.

The funeral service is at 1 pm Wednesday, Dec. 21, 2022, at Hazel Church of Christ. Burial will follow in Hazel Cemetery.