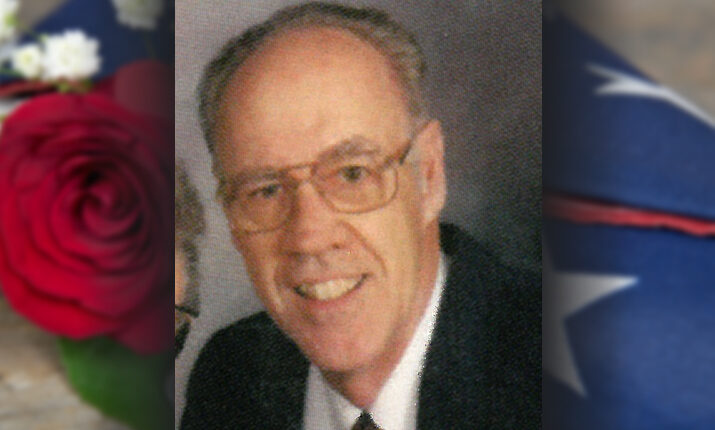 The life of Earl Stanley “Stan” Leonard will be celebrated at 11 am Saturday, Jan. 21 in the sanctuary of Solid Rock Christian Fellowship at 148 S. Marina Street, Prescott, AZ.

Born of Christian parents Earl Leonard and Gladys Amstutz Leonard on Sept. 22, 1932 at the Lying-in Hospital in Boston, Massachusetts, Stan grew up in the Peoria, Illinois area. Stan accepted the Lord as Savior in a morning worship service at Bethany Missionary Church in East Peoria, Illinois. Several years later he was baptized by immersion at the Mt. Olive Missionary Church in Peoria. He enrolled in Fort Wayne Bible College in 1950 and graduated in 1954 with a BA in Bible and in 1955 with the Th.B. degree.

He enjoyed a college romance with Donna Jean Neuenschwander and married her in Fort Wayne, Indiana on Aug. 7, 1954. He pastored Loomis Missionary Church for two years and was ordained there in 1957. He then studied in New York City and graduated with a Master of Religious Education degree from Biblical Seminary in 1960, and a Masters of Education degree from New York University in 1962.

While there, he was Youth Pastor at AB Simpson’s Christian & Missionary Alliance Tabernacle. He then taught at Fort Wayne Bible College for two years before accepting the call in 1962 to serve Koloa Missionary Church, Koloa Kauai, Hawaii. There he pastored for four years and reached his goal of making the church indigenous.

Stan then taught at Biola University for 23 years in the Christian Education Department, where he discipled hundreds of young men and women for work in God’s kingdom. He and Donna Jean team taught many of the classes in their home one block from the University. While at Biola, he earned a Doctorate of Ministry degree from Talbot School of Theology in 1985. His published works include devotional books published by Haven of Rest, and “Games to Grow On” (co-authored with Donna Jean), “Study Guide for: Lord, I’m Listening”, and “The Bible: God’s Word in My Life”, all published by Scripture Press.

On Stan’s first sabbatical from Biola in 1973, he and Donna Jean attempted to visit Israel but instead were caught in Cairo, Egypt in the Yom Kippur War.

They later visited Israel in 1974 and in 1980 lived there for seven months while Stan studied and taught at the Institute of Holy Land Studies (now Jerusalem University College) on Mt. Zion, Jerusalem, Israel. All three of these trips added a spiritual dimension to their lives never realized before.

He retired in 1989 to Prescott Valley, Arizona. He served as Pastor of Home Ministries at First Baptist Church from 1992 to 2002. He then team taught the Israel Faith Lessons class with Donna Jean. He deeply enjoyed his discipling and teaching ministry there and the close relationships among the people of this spiritual family. He entered the presence of the Lord on September 28, 2022.

Stan was preceded in death by Donna Jean, his wife of 64 years, his parents, and a younger brother, David Leonard. He is survived by a brother, Warren Leonard, a sister, Joyce Wanner-Spsprunger, and a niece, Jeanne Frank.

Information provided by the family.

Illinois puts home win streak on the line against Indiana