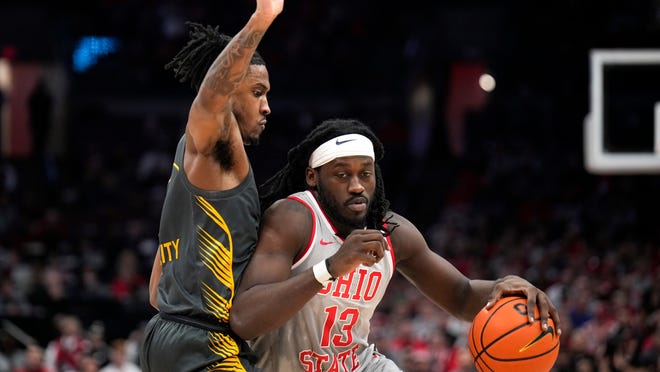 After shaking off the shackles of a five-game losing streak, Ohio State will return to the road for a Tuesday night game at Illinois.

The Buckeyes defeated Iowa, 93-77, on Saturday for their first victory since winning at Northwestern on New Year’s Day. It moved Ohio State to 11-8 overall and 3-5 in Big Ten play, making the Buckeyes one of eight teams with either four or five conference losses entering Tuesday’s games.

Illinois, too, just had a streak snapped. After opening Big Ten play with three straight losses, the Fighting Illini had responded with a four-game winning streak leading into last Thursday’s home showdown with Indiana. At the State Farm Center, the Hoosiers blasted Illinois and left with an 80-65 win that dropped the Illini to 13-6 overall and 4-4 in Big Ten play.

“They have a really passionate fan base that always shows up,” Ohio State coach Chris Holtmann said. “Their wing ability is really impressive and what has carried them. Like a lot of teams they’ve had some times where maybe they’ve struggled with a relatively new group or a lot of new faces, but really good team.”

Here’s what to know about Ohio State vs Illinois

What time does Ohio State basketball play today vs. Illinois?

What channel is the Ohio State game on against Illinois?

The Ohio State Buckeyes will play Illinois in a game televised on ESPN.

yes The game will stream on any computer, phone or tablet via multiple options: The ESPN app with a cable provider login, Hulu, YouTube TV, Sling, DirecTV and on Roku, Fire TV, and Apple TV.

Here are the radio announcers:

Who are the TV announcers calling the Ohio State Buckeye game?

Here are the TV announcers:

Get more Ohio State basketball news by listening to our podcasts