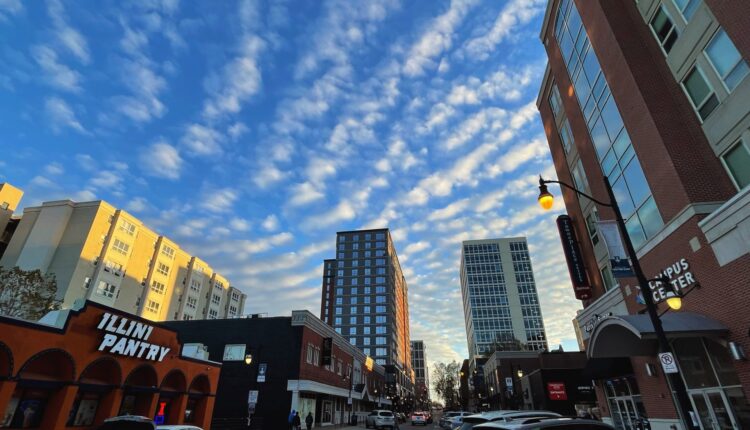 One of my favorite things about living in the Midwest is the diverse weather that we experience. Not just on a day to day or week to week scale, either. No weather year is ever quite like another. As we begin to look ahead at what 2023 may have in store for us, it’s good to look back at where we’ve come from.

La Niña has been the main driver controlling the background state of the atmosphere across North America going back to 2020-21. La Nina is the cool phase of what we call ENSO, or the El-Niño Southern Oscillation. When trade winds along the equator between South America and Australia are stronger than usual, they dredge up colder ocean water from deep below the surface. That’s our La Nina. On the contrary, when trade winds are weaker, we see warmer ocean waters stewing near the equator signaling the El Niño phase of ENSO. These differing ocean temperature patterns have dramatically different influences on the jet stream over the Pacific and eventually upstream across North America. Both La Niña and El Niño have a stronger impact on our weather during the winter months than in the summer months. A typical La Niña winter in Central Illinois is often characterized by more frequent shots of cold air, and an active storm track across the Ohio Valley with opportunities for heavy rain and snow in our backyard. El Niño, which we saw in 2015-16 often leads to a mild winter locally.

January 2022 delivered on the cold air, but snow-lovers were left desperately waiting for that first significant snowfall until February, when a more classically active La Niña storm track established itself across the region.

One of the most significant snowstorms in the last decade impacted Central Illinois February 2-4, 2022 when a long-duration winter storm dumped nearly a foot of snow across the area. This was an extremely disruptive storm, with travel being difficult to impossible across Champaign County for over 72 hours. The coldest air of the season followed the winter storm, but unlike Arctic blasts of recent years we largely escaped dealing with any sort of long lasting extreme cold across Central Illinois.

After a late rally by winter across the Midwest, spring had a hard time getting going. April was full of cool and rainy days which cast a rather depressing vibe locally and had folks asking me at the grocery store checkout line when spring would ever arrive.

The first week of May continued the cool and cloudy vibes, but summer was just around the bend. By the second week of May we were shattering record high temperatures and “enjoying” our first 90-degree days of the year. The March-April-May severe weather season was among the quietest of the last two decades. The early heat and relative lack of spring thunderstorms allowed drought to get a jump start on the area. Unfortunately, dry conditions expanded and continued into June and July with drought becoming a widespread issue in the Midwest. Mercifully, August and September rains tempered the deepening drought and heat began to mostly shift into the western US

Harvest windows were wide open for farmers across Champaign County as a persistent area of ​​high pressure delivered weeks of seemingly unending sunny, mild, and dry days during the months of October and November. Families were treated to a beautiful Halloween evening after what has felt like a long run of rainy, cold, and even snowy trick-or-treating!

Winter was impatient and forced its way into Central Illinois in mid-November, with an early shot of cold air and several days of light snow November 13-20. Late November and much of December was rather tame, but the Arctic paid us a visit in the days leading up to the holidays. The weekend before Christmas, with many hoping to head to the highway or the airport to visit family and friends, a winter storm delivered a little snow and a lot of windswept cold air sending wind chills as low as 35 degrees below zero. Again, the cold was brief!

We’re three weeks into January at this point, and if I’m taking the weather pulse from the local community, we’re either ready for some snow, or some sunshine, or perhaps preferably both! January 2023 has generally been mild compared to average, but it’s featured almost non-stop overcast skies. For folks who suffer from seasonal depression, it’s been a brutal stretch. For snow lovers, the big question is when will snow return?

Well, depending on when you read this, it may already have! We’re tracking a winter storm that may bring several inches of accumulating snow to much of the area January 25-26. Will there be more? The near-term answer is… maybe! What looks likely is that the weather pattern will remain active and unsettled across the Midwest. Living in Champaign-Urbana we’re plenty accustomed to riding the rain-snow line with storm systems. The storm this week (Jan 25-26) will have us on the cold, snowy side. Will storm systems in coming weeks take the same track, or more likely, will there be some variety of meaning at times we’re in the warm sector enjoying 33-degrees and rain?

The broader point to absorb here is that late January into the month of February is likely to be active across the Midwest with frequent, impactful storm systems. How long will that last into 2023?

About all we can say about the weather outlook heading through the end of winter and into spring is that by removing La Niña, which is forecast to continue to weaken in coming weeks and months, we remove one of the biggest instigators of drought regionally. As such, long-range forecasts deep into April and May remain rather stormy across the area. Whether that means a snowy finish to the winter, a rainy, stormy, perhaps at times severe weather and flooding riddled spring, or all of the above, we’ll have to wait and see.

I look forward to another wild year of Midwestern weather with you all!