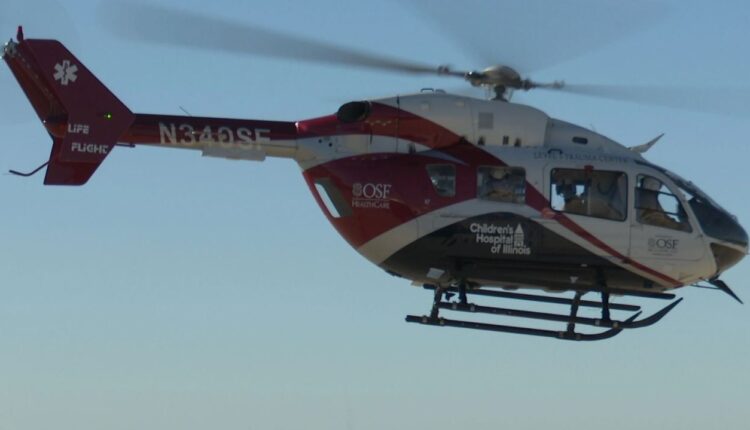 The hospital said Friday it would be discontinuing the use of its LifeFlight hangar at the Chicago/Rockford International Airport.

The hospital said over the next several months, it will be “exploring options” to secure a new hangar in a rural setting “in closer proximity to the patients who need to be flown” to the hospital for care.

An OSF spokesperson said LifeFlight would still operate out of hangars in Peru and Galesburg.

“As always, it is our mission to serve with the greatest care and love, and strategically position our resources where they are most needed,” said Paula Carynski, president of OSF HealthCare Saint Anthony Medical Center. “Patient care is not impacted by this decision. We will continue to provide ambulance or helicopter emergency medical transportation and care as needed across the communities we serve.”

LifeFlight employs ten flight nurses, in addition to pilots and mechanics, all of whom have been offered other opportunities within OSF HealthCare, the spokesperson said.

OSF Life Flight is a 24-hour helicopter air-medical transport system, based in Peoria, Peru, Galesburg, and Rockford which has been in service since June 1984 according to the hospital site.

Towards a just transition in Peoria