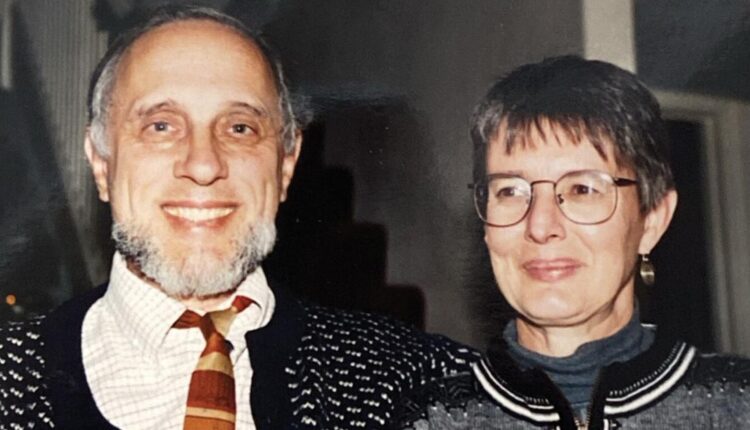 After a lengthy struggle against cancer, Paula Lion passed away quietly, at home in Los Altos, on April 10, 2018, attended by her husband, David, and their daughter, Anna Lion.

She was born Paula Jean Wilson on October 23, 1946 in Urbana, Illinois, to Air Force Master Sergeant Donald L. Wilson and Pauline Frances Wilson. She grew up attending the local schools in Urbana, and later attended the University of Illinois at Champaign-Urbana, Ventura City College, and San Jose State College, completing a degree in Library Science. Later, she also studied Horticulture at Foothill College. She was employed for some time at All-American Selections – National, which fostered her interest in gardening. For many years she worked in the libraries of the Los Altos School District, at Oak, Bullis, and Blach Schools. Most recently, she enjoyed encouraging young readers as a long-time employee of The Linden Tree children’s bookstore in Los Altos.

Paula was married on November 28, 1970, to David Nils Lion at the Palo Alto Unitarian Church, with Dave’s father, the Reverend Felix Danford Lion, officiating. Paula and Dave lived a few years in Palo Alto before finally settling in Los Altos. In 1981, their beloved daughter, Anna, was born.

Paula was an avid reader and collector of books. She delighted in a good cup of coffee and the companionship of a succession of happy cats. She expressed her creative side in

sewing, knitting, quilting, and jewelry making. Her love of plants and gardening was demonstrated by the pleasure she took in her garden, and her longtime support of the Peninsula Horticultural Society. She was a regular volunteer with the 2nd Harvest Food Bank, and, in recent years, she and Dave have been generous with their time and effort in support of the historic Niles Canyon Railway. Paula was especially helpful during the Holiday Season, decorating the sparkling “Train of Lights” and helping to serve cocoa and cookies to the patrons.

Paula is predeceased by her mother Pauline Wilson, and is survived by her husband David, and their daughter Anna, her father Donald Wilson Sr. of Jayton Texas, her brother Donald Wilson Jr. and his wife Mary of Poulsbo Washington, her brother and sister -in-law Roger and Clelia Lion of Menlo Park, and her sister-in-law Ingrid Lion of Soquel.

A family memorial was held.

Labor and business both win in the Illinois Legislature