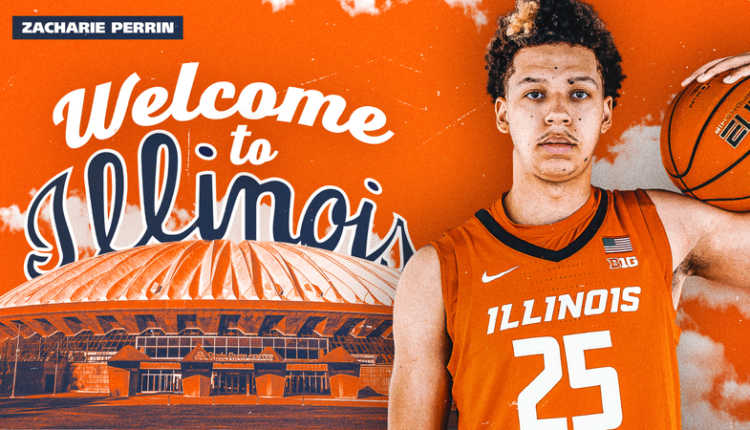 “We’re excited to have Zach arrive on campus and begin his academic and athletic career at the University of Illinois,” Underwood said. “He has remained loyal to us throughout the recruiting process and is eager to officially be an Illini. Joining a midseason team is certainly a unique situation, but Zach is a driven, committed young man who takes school and basketball seriously. Our coaches and support staff, as well as our players, are here to welcome him and offer support throughout this transition.”

Perrin arrived in the United States in August and attended Sunrise Christian Academy in Wichita, Kansas during the fall semester, working out with the Buffaloes but not participating in game competition.

Perrin helped lead France to a 6-1 record and fifth-place finish at the FIBA ​​U18 European Championships from July 30-August 7 in Izmir, Turkey. He led France in scoring and rebounding at the U18 Euros, averaging 13.9 points and 9.1 boards while shooting 56%.

Perrin played for the Antibes Sharks club in the French Pro B league last season. He was named MVP after posting 21.5 points, 10.9 rebounds, 2.7 assists and 1.5 steals.

He emerged on the scene in 2021 after making the French U18 national team as a 16-year-old and competing in the European Championship.