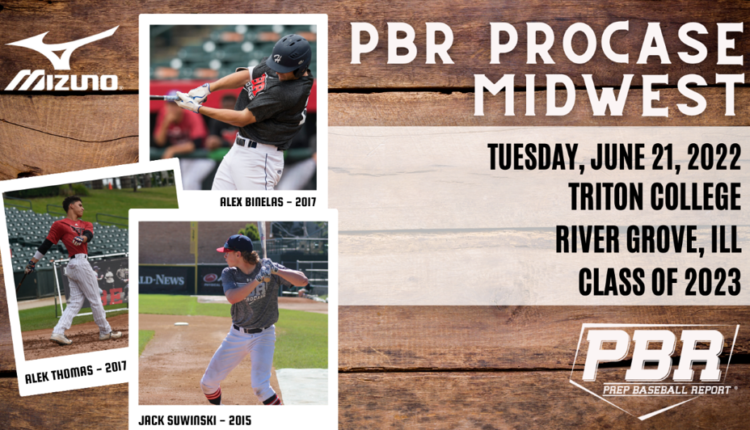 On Tuesday, June 21st, the PBR Illinois staff will travel to Triton College in River Grove, Illinois, to host the PBR ProCase – Midwest. This is a kick off to identifying the top prospects in the 2023 draft class along with select 2022 prospects. With the MLB draft in July, this will be one of the first events of the summer that will turn pro scouts’ attention directly toward the 2023 class.

For an up-to-date look at the prospects set to attend next week’s event, click HERE.

Dating back to 2015, this event has seen several high-follow prospects from the Midwest throughout the years.

Just like in the past, this year’s roster is shaping up nicely with plenty of high-end talent from the Midwest making their way to Triton College next Tuesday.

Click here to learn more about our tech partners that have enhanced our players showcase experience. Partners like TrackMan, Blast Motion, and Vizual Edge have helped both our in-event evaluation process, as well the compilation of our post-event scouting reports – and they’re also a tool for our players to learn more about their measured and collected data, that can be applied to improve upon their game.

This article is only available to PBRPlus Subscribers. If you wish to continue reading this
article:

Here are some C-U Black-owned restaurants to support this Juneteenth : SPlog : Smile Politely