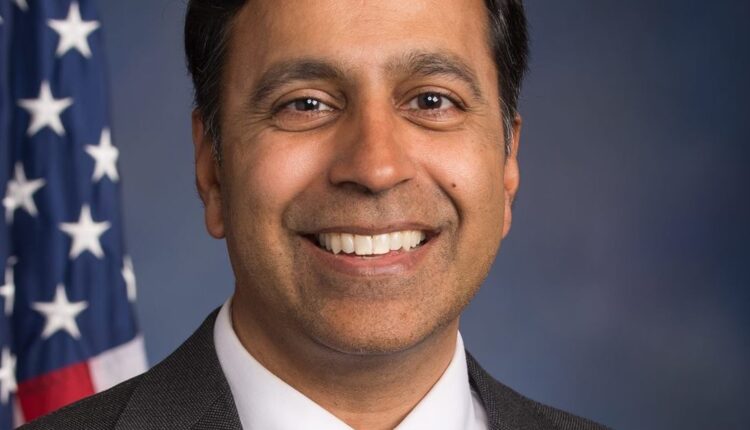 (Ed. Note: The Journal & Topics is asking candidates for local election in the November 8, 2022 General to provide biographical and background information on who they are and why they’re running. Incumbent Democrat Raja Krishnamoorthi is running against Republican Chris Dargis for reelection to the US House of Representatives 8th District seat.)

Elected office currently or previously held, and/or any other service as a volunteer, or in community, education, etc. settings: Member of the US House of Representatives, 2017-present; Deputy Treasurer for Illinois, 2007-2009; Special Assistant Attorney General for Illinois, 2006-2007; Member of the Board of Illinois Housing Development Authority, 2005-2007; Member of the Village of Hoffman Estates Comprehensive Planning Advisory Committee, 2005-2007; and Judicial Clerk to Judge Joan Gottschall, US District Court, Northern District of IL, 2001-2002

How long have you lived in the district you wish to represent?: 17+ years continuously.

Do you have any conflicts of interest, which could arise from holding this office? If so, how would you address those?: No.

Do you have any criminal convictions (other than a minor traffic violation)? Please explain the circumstances: No.

Who are personal heroes to you, or who has provided significant guidance, insight, or acted as an example for how to live your life? How and why?: Former President Barack Obama. I was honored to serve on the policy team for his campaign for US Senate.

What is something about yourself that might surprise people?: I am a proud immigrant to this country; I was brought by my parents to the United States at three months old.

Why should someone vote for you?: In Congress, I consistently seek opportunities to work with my Democratic and Republican colleagues to address the common challenges facing our constituents and their families. For example, in my first term, when Republicans held the majority, I worked with congressional leaders to reform and modernize our nation’s career and technical education system for the first time in decades. I also worked with Republican Congressman Ralph Norman to form the Congressional Solar Caucus. Together, we passed legislation to lower the “soft costs” of solar energy so more working families could benefit from that clean energy source.

When it comes to helping our community, there is no place for partisanship. I have worked with many Republican, Democratic, and Independent mayors to deliver federal resources for projects to improve the health, safety, and economic prosperity of our community. That is why I have been endorsed for re-election by a bipartisan group of 14 mayors from across the 8thth District.

Why are you running for this office?: When my father lost his income in the recession of the early-1970s, my family experienced economic hardship for a period and had to rely on public housing and food stamps. Thanks to the generosity of the American people, access to a quality public education, and robust economic opportunities in this country, my family persevered and built a thriving, middle-class life in Peoria, Illinois. In Congress, I have worked to help more Americans achieve and sustain the middle-class life that my family experienced.

During my nearly six years in Congress, I am proud to have accomplished a lot in this regard, such as expanding technical education for the 2/3rds of Americans who don’t attend a four-year college and passing an infrastructure bill that will create millions of good jobs. I have also co-led successful legislative efforts to move our economy toward renewable domestic energy sources and to decrease the high cost of prescription drugs. I will continue to fight for working families in Illinois.

What experience do you have, which prepares you to hold this office?: I am honored to have served in Congress for nearly six years, and I am proud of what I have accomplished legislatively to improve conditions for working families in Illinois. In addition, as a former small businessman, I have personally signed both “the front of the check and the back of the check,” and I uniquely understand the issues facing small businesses and entrepreneurs in this country. This guides my approach to legislating in Congress, which is to ensure we get more people into the middle class and on the up-escalator of the economy. It is also why I am so focused on workforce development and training because there is no greater social welfare program in America than a JOB.

Support local news by subscribing to the Journal & Topics in print or online.