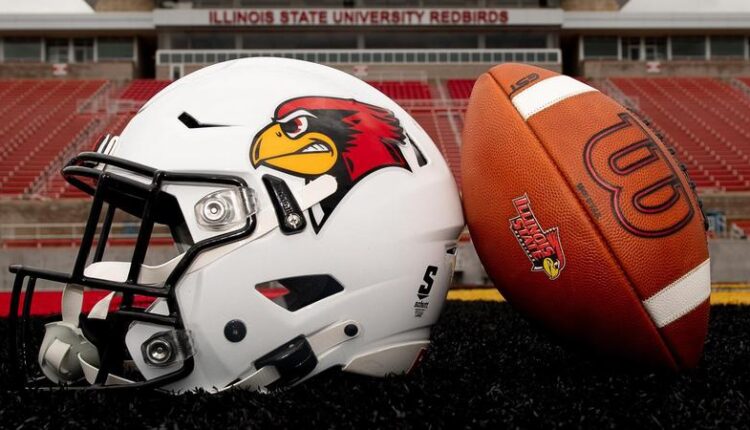 “This a very balanced class, when you look at the offensive/defensive splits and the skill position players,” Spack said. “We are also excited that a couple of these guys will be enrolling in January and able to join our team prior to spring practices beginning. This group is a great step in rounding out our roster with players that can contribute immediately and others that will be key depth and developmental athletes moving forward.”

The class comes from all over, but the majority come from right in the state of Illinois with 11 total. The group also hails from Indiana, Wisconsin, Minnesota, Florida, Michigan, Arkansas, Nevada, Georgia and New Jersey.

Spack believes this group is a great start to the 2023 class, which will become complete with the February signing period.

“We will continue to look for impact players in this next phase as we carry over to the February signing period,” Spack continued. “It’s a juggling act when you add in looking for players in the transfer portal, but we know there are still players out there that can help this team next year.”

2023 ILLINOIS STATE FOOTBALL SIGNING DAY BIOGRAPHIES:
Kayode Amusan | LB | 6-3 | 215 | Woodbury, Minnesota (Woodbury HS)
Woodbury HS: Two-year varsity starter … as a senior, earned all-metro and all-district honors as a team captain while helping lead team to a conference championship and a top-5 ranking in Class 6A … team leader in tackles and tackles-for-loss … state Class 6A leader in sacks … as a junior, was the team leader in tackles-for-loss while earning all-district honors … helped lead team to a conference and sectional championship, as the team was ranked in the top-10 in the state rankings … also competed in basketball and track.

Anthony Corona | LB | 6-2 | 215 | South Lakes, Wisconsin (Wilmot Union HS)
Wilmot Union HS: Three-year varsity starter for head coach Keiya Square … earned honorable mention all-state honors as a senior … also earned all-region honors and was named the conference Defensive Player of the Year in final prep season … credited with 135 tackles, one sack and three tackles-for-loss with two interceptions and four forced fumbles on the year … during junior season, earned all-region and all-conference honors … was ranked and the No.1 defensive back in the state of Wisconsin … tallied 115 tackles, a sack, one interception and four tackles-for-loss in 2021 … also a three-year letterwinner in basketball at Wilmot.

Personal: Born March 6, 2005, in Lake Forest, Illinois … son of Anthony and Joy Corona … one of three children … member of the honor roll.

Steven Curtis | DL | 6-5 | 225 | West Palm Beach, Florida (Cardinal Newman HS)
Cardinal Newman HS: Played final season of prep career at Cardinal Newman … helped team to an 11-1 record … played previous three seasons at Dwyer, where he was a starter and named lineman of the year as a junior … helped lead the team to an undefeated regular season during sophomore campaign.

Personal: Born June 20, 2005, in West Palm Beach, Florida … son of Earnest and Karleen Curtis … one of three children … older brother, Josh, is a swimmer at Niagra.

Personal: Born April 13, 2004 … son of Andrew and Lana Erickson … one of three children … member of the honor roll.

Brayden Jellison | OL | 6-4 | 290 | Elkhart, Indiana (Elkhart HS)
Elkhart HS: Two-year varsity starter for head coach Josh Shattuck … first-team all-conference and all-area performer as a senior on the offensive line … named a team captain and team MVP … as a junior, earned first-team all-conference honors and all-state honors … named the team’s offensive line MVP … as a sophomore, helped the team to a sectional championship … also a force on the wrestling mat, earning high school all-American honors … finished fourth place in the semi-state and sixth at the state finals as a junior, after taking home a sectional championship.

Personal: Born October 26, 2005 … son of Friday and Florence Oduma … has one sibling, Shadrach … member of the academic honor roll all four years.

Brady Probst | TE | 6-4 | 240 | Brownsburg, Indiana (Brownsburg HS)
Brownsburg HS: Two-year varsity starter for head coach John Hart … as a senior, earned second-team all-conference honors while helping team to a sectional championship and a No. 1 ranking in the state … ranked third on the team in sacks and fourth on the team in tackles-for-loss … was selected for the Team Toughness Award and was runner-up for the team MVP award … as a junior, helped lead the team to a sectional championship while playing in five games.

Personal: Born February 7, 2005, in Columbus, Indiana … son of Luke and Michelle Probst … will graduate with honors and was a student-athlete ambassador.

Josh Robinson | RB | 6-0 | 200 | Bolingbrook, Illinois (Bolingbrook HS)
Bolingbrook HS: Played three varsity seasons for head coach John Ivlow … as a senior, rushed for 620 yards and 12 touchdowns, with 20 receptions out of the backfield … helped team to the state playoffs in final prep season … as a junior, rushed for over 900 yards on the ground on way to earning all-conference honors … as a sophomore during the shortened COVID spring season, rushed for 643 yards in six games and earned all-conference honors.

Evan Sierra | DB | 6-0 | 190 | Orlando, Florida (Orlando Christian Prep)
Orlando Christian Prep: Played three seasons of varsity football for head coach Guerschom Demosthenes … as a senior, helped lead team to a district championship and earned first-team all-district honors at linebacker … credited with 45 tackles, two sacks and one interception on the year in nine games played … also caught one pass for a 36-yard touchdown … during junior campaign, had 47 tackles, two interceptions a sack and five pass breakups in 12 games played … earned honorable mention all-district honors at outside linebacker while helping the team to district and regional championships … had 20 tackles and five pass breakups during sophomore season, when he earned honorable mention all-conference honors as a defensive back … team won a state championship that season with an 8-2 overall record … also a standout on the track for Orlando Christian Prep.

Personal: Born November 21, 2004, in Queens, New York … son of Harold and Christina Sierra … one of five children … member of the honor roll every semester of prep career.

Chris Taylor | DB | 6-0 | 175 | Normal, Illinois (Normal Community HS)
Normal Community HS: Played two varsity seasons for head coach Jason Drengwitz … named a team captain and helped lead the Ironmen to the state playoffs … earned first-team all-conference honors as both a kick returner and a defensive back … played in eight contests and was named the WEEK TV Prep Rally Athlete of the Week … averaged 8.8 yards per carry as a junior, while earning first-team all-conference honors as a kick returner … helped the team to a 10-1 record and a conference championship … was also a standout on the track placing third in the high jump at the state meet as a junior.

Personal: Born September 21, 2004, in Chicago … son of Christopher and Angelica Taylor … one of four children … his cousin, Darren Woodard, played football professionally for the St. Louis Rams and the Arizona Cardinals.

Ben Wallace | OL | 6-5 | 300 | Germantown Hills, Illinois (Metamora HS)
Metamora HS: Played three seasons of varsity football for head coach Jared Grebner … team captain on the offensive line as a senior and helped lead team to the IHSA state playoffs … named an IHSFCA Class 5A All-State selection and a first-team all-conference performer in final prep season … also a standout in the classroom, earned academic all-state honors … earned second-team all-conference honors up front for Metamora as both a sophomore and a junior.

Personal: Born December 1, 2004, in Peoria, Illinois … son of Dan and Jenny Wallace … has a younger sister, Rachel … his father, Dan, is a Redbird alum … member of the high honor roll and the National Honor Society.

2023 ILLINOIS STATE FOOTBALL TRANSFER BIOGRAPHIES:
Amir Abdullah | LB | 6-3 | 200 | Chicago, Illinois (Whitney Young HS / Nebraska-Kearney)
At Nebraska-Kearney: Recorded 12 tackles as a sophomore in 2020, with a season-high eight stops against Lincoln … earned Loper Special Teams Player of the Week for the Hays game as a redshirt freshman in 2021 … recorded 11 tackles over nine games that season, with a season-best five tackles at Fort Hays … was one of five true freshmen to see action in UNK’s fall games in 2020.

Mason Blakemore | RB | 6-1 | 210 | Centralia, Illinois (Centralia HS / Northern Illinois)
At Northern Illinois: Saw action in six games in 2022, carrying the ball 23 times for 88 yards with a touchdown … in 2021, netted 67 yards on 17 carries and scored his first career touchdown and recorded a personal best 44 yards on four carries vs. Bowling Green … also recorded one carry for four yards in the MAC Championship game win over Kent State.

Kenny Givens | DL | 6-3 | 295 | Chicago, Illinois (Hubbard HS / Western Michigan)
At Western Michigan: Saw action in two games for the Broncos in 2022, recording two tackles and a sack on the year … recorded that sack and forced a fumble against FCS playoff participant New Hampshire.

Cam Grandy | TE | 6-5 | 245 | Benson, Illinois (Fieldcrest HS / Missouri Western)
At Missouri Western: Played four seasons at Missouri Western … caught 31 passes for 275 yards with a long of 18 yards in 2022 … 2021 MIAA Academic Honor Roll member … earned All-MIAA Honorable Mention honors in 2019 and was a member of the MIAA Academic Honor Roll … appeared in all 12 games with four starts … had four games with at least one touchdown reception and finished the year with twenty receptions for 261 yards … tied for first on team in touchdown receptions … played in eight games as a freshman, tallying six receptions for 65 yards with a touchdown catch against Nebraska-Kearney.

Mason Kaplan | QB | 6-2 | 205 | Peachtree Corners, Georgia (Norcross HS / Valparaiso)
At Valparaiso: Played in seven games for the Beacons in 2022, including a start against Illinois State … finished the season completing 46-of-77 passes for 586 yards with six touchdowns and also added three touchdowns on the ground … completed 18-of-36 attempts for 191 yards with two touchdowns against the Redbirds … threw two touchdown passes and rushed for another in a win at San Diego … saw action in two games in 2021, completing four of his five pass attempts … made collegiate debut on Sept. 11 at North Dakota State.

Norcross HS: Four-year varsity letter winner… helped his team post a 13-1 record and finish the season ranked 28th nationally … offensive MVP, multi-time Georgia Public Broadcasting Player of the Week, Scholar-Athlete Award from WSB-TV, First Team All-Region and First Team All-County … went 13-of-15 passing for 303 yards and five touchdowns in a playoff win over South Forsyth as a senior … also had five carries for 25 yards in that game … served as a team captain as a sophomore, junior and senior … member of National Honor Society, top 4 percent of his senior class, super honor roll all four years, selected as his school’s representative at the IDEALS Leadership School.

Peddie School: Played four years of varsity football for head coach Chris Malleo at the Peddie School … helped his team to a No.1 ranking among prep school ranking and a 7-2 record his senior season … earned All-MAPL honors as a junior and senior.

Personal: Born June 26, 2005, in Mequon, Wisconsin … son of Jay and Cathy Bauer … has an older sister, Caitlin … member of the high honor roll.

Personal: Son of Donte and Nikaron Butcher … one of three siblings … his mother (Nikaron), aunt (Cherese Butcher) and grandfather (Aaron Holmes) are all Illinois State graduates … his cousin, Richaun Holmes, plays basketball for the Sacramento Kings … member of the high honor roll all four years of prep career.

Are snow tires necessary in Illinois?

KHN-NPR’s ‘Bill of the Month’ at 5: A Treasury of Solutions for Confounding Medical Bills