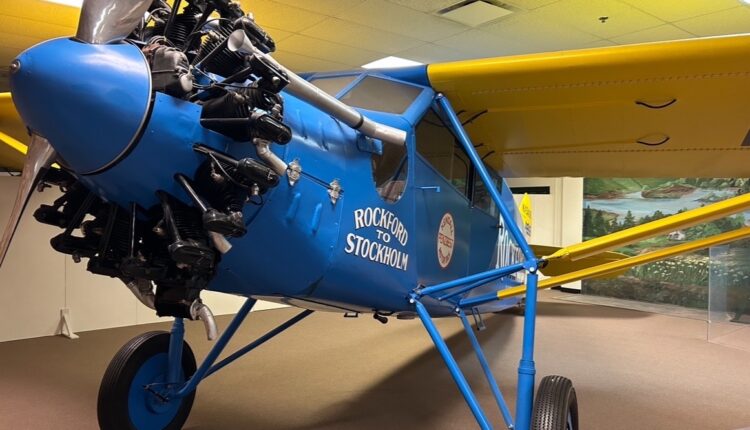 ROCKFORD, Ill. (WTVO) — Rockford is one of the leading aerospace employment centers in the United States.

Companies like Woodward Inc., Collins Aerospace, and Kaney Aerospace, to name a few, all have deep roots in the region, and have put thousands of people to work since their early days in the Forest City.

Rockford’s rich aerospace history dates to the early 1900s, when aviation pioneers used the city as a springboard to help change the way cargo and passengers travel throughout the world.

Here’s a look at two of those early aviation pioneers who put Rockford, Illinois on the map.

While working as a general practitioner, Raiche and her husband, Frank, began building an airplane at their home in Mineola, New York, finishing it on Sept. 15, 1910.

The next day, Raiche became the first woman to fly solo in the United States. For the feat, she was named the First Woman Aviator of America by the New York Aeronautical Society.

Bessie and Frank would go on to build several other planes and worked on numerous projects to create lightweight materials for aircraft, mostly for their French-American Airplane Company.

Bessie Raiche was one of the country’s first female doctors to specialize in gynecology and obstetrics.

An Army colonel in World War I, Bert Fish made his first solo flight in 1914 and later became a stunt pilot.

In 1928, he and co-pilot Parker “Shorty” Cramer attempted to fly Hassell’s monoplane named the Great Rockford from Rockford to Stockholm, Sweden. Their goal was to find the fasted route from the United States to Europe on what today is known as the Great Circle Route.

Instead of completing the flight, the Greater Rockford became caught in high winds over Greenland and ran out of fuel. Hassell landed the craft on a glacier.

Leaving the plane behind, Hassell and Cramer walked across Greenland for two weeks until they were found by a party of fisherman. While the flight wasn’t a success, Hassell is still credited with pioneering the Great Circle Route.

The Greater Rockford was eventually retrieved from the ice cap, and on June 17, 1969, it was returned to Rockford and restored. It was brought to Midway Village Museum in 1988, where an addition was built around it. Today, it’s the feature display in Midway’s Aviation Gallery.

“It’s a real neat story, and it’s neat to have it here,” said Luke Fredrickson, director of Marketing at Midway Village Museum.

Illini in College Football Playoff rankings for the first time

Author Jack Keefe’s new book “Echoes of Purple and Gold” is a surprising combination of history, memories, and echoes of sometimes forgotten stories and tales