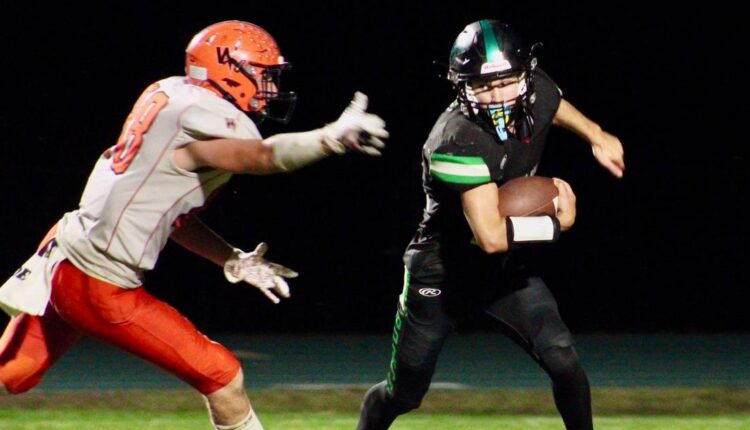 ROCK FALLS – Following a 45-14 Big Northern Conference loss to Winnebago last week, Rock Falls is still in search of its first win of the season, as it travels northeast to face Rockford Lutheran in Week 4.

Last year’s Week 4 game against the Crusaders was a tight one, with Rockford Lutheran edging the Rockets, 14-8. But with many new faces up and down the Rock Falls roster this year, it could be an entirely different outcome this time.

With just a few more chances to put themselves into playoff contention this year, the next few weeks will be crucial for the Rockets. A BNC win this week would go a long way in improving their season outlook, and it could be the catalyst for the culture change they’ve been hoping to make this year.

“In this conference, if you don’t come out and play hard, play disciplined football, you’re not going to be in a game – just like we were not in the game the last two weeks,” Rock Falls coach Kevin Parker said. “So we have to come out ready to go, focused, and get after it.”

At 1-2, the Crusaders aren’t off to the fastest start, but they’ve had a difficult early-season schedule to navigate – their losses have come against reigning Class 3A state champion Byron (45-6, Week 3) and undefeated Genoa-Kingston (42-20, Week 2). Their Week 1 win, conversely, was against winless North Boone (20-14).

Regardless of what the record says, Parker knows they’re not a team to be underestimated.

“We have to come out, be ready for a game, not get intimidated, and get out there and try and set the tone. We have not been consistent with that this year. We’ve got to be focused, ready to go; Otherwise, we’re going to be in a little trouble,” Parker said.

“You’re going to see a team that has athletes everywhere. A lot of speed, a lot of strength, so you have to honor that right away. They can throw the football, they can run the football, so you can’t just focus on one facet of their team. We’re going to have to be ready all over the field if we’re going to be able to stop them.”

Senior running back/linebacker Ryan McCord said the Rockets were back to the drawing board Monday following the Week 3 loss. With some film review and coaching points this week, they’re hoping to make the necessary fixes to get back on track.

“Working at our position groups, getting them right. We’re looking at film, making sure everything we need to fix gets fixed,” McCord said. “As a team, just making sure we’re not putting our heads down or giving up, no matter what happens. I’m expecting a competitive game, regardless of whatever the score is.”

Keeping the effort level up for four quarters is something Parker hopes to see this week, after a low-energy, flat start last week against Winnebago.

“Just effort. Effort from the beginning of the game through the end,” Parker said. “You can point out some good things here and there, but we’re making a mistake almost every play somewhere. If we can limit those mistakes, it gives us an opportunity to be successful.”

Kickoff is scheduled for 7 p.m. at Rockford Lutheran.