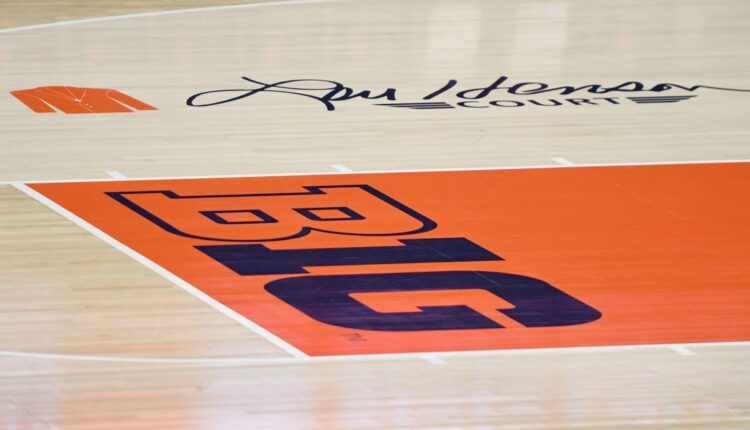 It was looking like the Illinois basketball team would be adding a solid French player for the 2022 class, but plans have changed in the past week.

The Illini have quite the class coming in this season. They finished with the no. 10 recruiting class in the country and landed four four-star high school talents and three of the top transfers in the country. Illinois also received a commitment from an under-the-radar big man as well.

Back on June 27, Zacharie Perrin decided to commit to the Orange and Blue. He is a talented 6-foot-10 power forward from France. He was joining a group of players the Illini were bringing in for 2022, but Perrin was going to add size to the guard-heavy freshman class.

That isn’t the case anymore, though. Or, at least, that isn’t the case for the time being. This past Sunday, Perrin took to Twitter to announce that instead of heading to Champaign this fall, he is going to take a prep year and attend Sunrise Christian Academy here in the United States.

I am excited to be in the USA and start the next chapter of my basketball career here at Sunrise Christian Academy. I remain 100% committed to the Illinois program and look forward to joining the Fighting Illini after Sunrise. ILL… pic.twitter.com/dM4BdeS4ao

Illinois basketball could have used Zacharie Perrin in the frontcourt for 2022-23.

This move by Perrin is a bit surprising. I thought we would see him with the Illini this season. He was probably going to get a few minutes off the bench and then blossom into a big-time player for the program in the following years.

Perrin did mention in his tweet that he is going to join Illinois after his year at Sunrise, though. So, there is still a verbal agreement for him to come aboard. I am going to be honest, though, I am slightly hesitant if he does end up joining the team. There is no basis behind that feeling, but it is just a feeling.

With that being said, depth in the frontcourt now takes a hit for the Illini. I had Perrin being a versatile big man and being able to play the No. 4 and no. 5 spots. But now we have one less body to rotate into an already uncertain big man lineup.

As far as wins and losses go, this shouldn’t change much for Illinois in the micro. We still have a good lineup and that is going to be dangerous. But it could have been even stronger if Perrin would have joined this season.