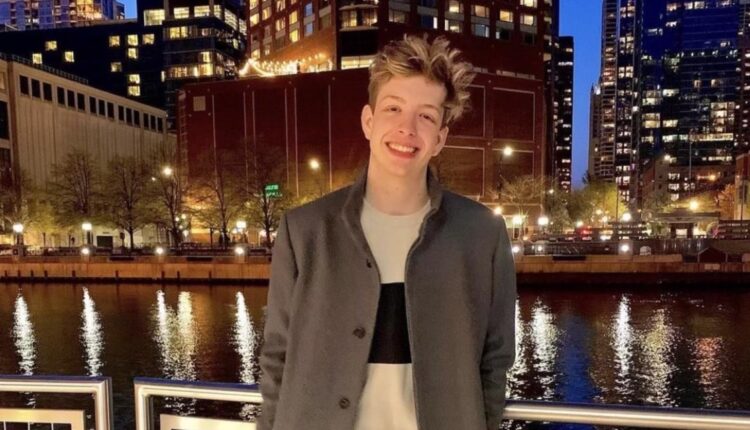 Madelyn Howard is facing three charges including leaving the scene of an accident; causing death when operating a vehicle while intoxicated; and reckless homicide.

BLOOMINGTON, Indiana — The woman suspected of striking and killing a 20-year-old Minnetonka High School alumnus has now been charged in the hit-and-run crash, which occurred Sept. 18 near the campus of Indiana University.

Madelyn Howard, 22, faces three charges in Monroe County, including leaving the scene of an accident, causing death when operating a vehicle while intoxicated and reckless homicide — all of which are felonies.

In the days following the crash, friends and family of the victim, Nate Stratton, gathered to remember the IU junior, calling him “compassionate and empathetic,” and “always genuine.”

“This loss is a wound that I and many here will never truly heal from,” said Stratton’s sister, Ceci, at a vigil in Bloomington, Illinois on Thursday.

Bloomington police said squads were first dispatched in the early morning hours of Sept. 18 to the intersection of North Walnut and 12th Street, where witnesses reported seeing a vehicle hit someone on an electric scooter and then flee the scene at a high rate of speed.

Officers arrived and found a 20-year-old man, now identified as Stratton, laying on the side of the road. He was rushed to IU Health Bloomington Hospital, where he later died of his injuries.

A campus police officer soon located the suspect vehicle, a 2012 Mercedes with damage to the windshield and a badly twisted scooter nearby. According to authorities, the driver of the vehicle, now identified as Howard, failed sobriety tests. She was arrested on pending charges of operating a vehicle while intoxicated resulting in death, and leaving the scene of an accident resulting in serious injury or death while intoxicated.

A release from Bloomington police says investigators viewed security camera footage from a business and saw the vehicle involved driving on the sidewalk on the east side of Walnut Street at a high rate of speed. They say an individual on the sidewalk can be seen jumping into the grass to avoid being struck just prior to the vehicle hitting Stratton and his scooter.

“This is such a tragic loss,” Erickson wrote. “Nate was an exceptional student at MHS – he immersed himself in DECA, Vantage, and many other activities – all with tremendous care, energy, and passion. He was well-respected by his peers and instructors and was a positive influence.”

Stratton was also living with type 1 diabetes, so in his memory, his family started a fundraiser to support research for the disease.

As of Monday night, the fundraiser had collected more than $59,000 in donations.

Watch the latest local news from the Twin Cities in our YouTube playlist: