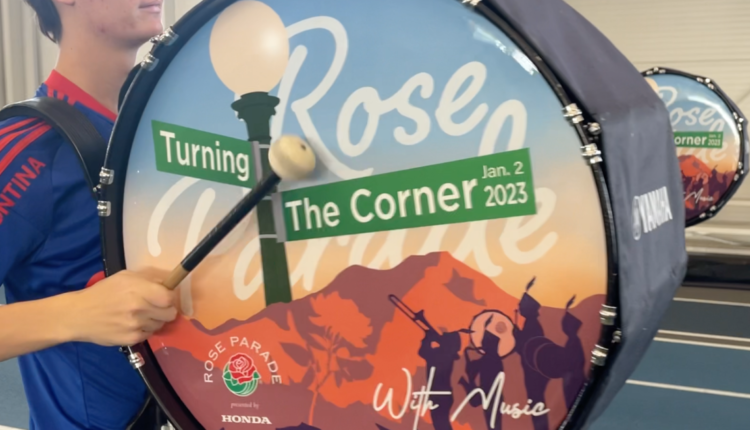 The best of the best is headed to the west!

After winning a fifth consecutive state title, the Rockford Marching Band is bringing the show to Southern California to perform in the Rose Parade on January 2nd!

“I think it’s a little surreal, still, for me,” said senior drum major Reagan Zainea. “I’ve never been to that part of the country. I’ve never been that far west. It’s just such a blessing. It’s such a gift that we get to do it this year. We’ve all worked so hard, and I’m really proud of everybody.”

Tommy McGovern, a fellow senior drum major, added, “Our directors kind of sent in somewhat of an application to the Tournament of Roses Committee. Then they sort through the different bands that apply and select a few that get to perform. We were lucky enough to be one of those bands.”

Zainea said the band got the music the plan on performing in the parade all the way back in March. They’ve been working on it ever since, especially as of late, putting in 3-4 hours of practice a day.

More than 200 Rockford students will be marching through the Rose Parade, which has a 5.5-mile route. It’s a lot to organize, considering the longest parade they’ve performed in until this point is no more than 3/4 of a mile.

“It’s been a lot of hard work,” McGovern said. “Everyone out there has been doing great. Putting in hours and hours of work. I think it’s gonna be really good to see all that pay off in California.”

The band will perform three songs on a loop during their parade march: ‘Party in the USA’ by Miley Cyrus, ‘I Want You Back’ by the Jackson Five and Captain America theme song.

The nationally-televised Rose Parade runs from 11am-3pm on Monday, Jan 2.