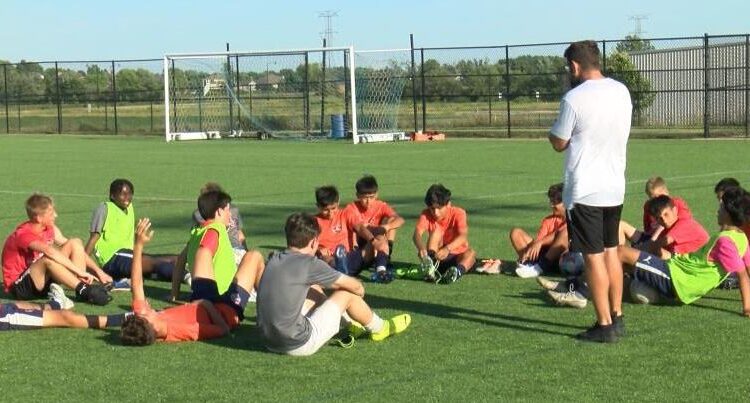 LOVES PARK (WREX) – The Rockford Raptors FC is getting ready to head to San Diego, where the Raptors will send two teams, a 17U and 15U, to show their skills to a national stage after qualifying for the ECNL National Playoffs.

For the Raptors players, all the hard work is paying off.

“We spent a lot of time working on and off the field working together as a team, training and preparing ourselves for this big tournament,” Raptors player Aiden Montes said.

The opportunity for the team to represent Rockford in front of the game’s best isn’t lost on the team.

“Representing this community is going to be really great,” Jorge Leon said. “We’re going to showcase ourselves in front of a lot of great talent.”

But this isn’t the first time head coach Louie Mateus and his team have showcased Rockford talent on the big stage.

“Well it’s exciting because this is the second year in a row that this group of players have made it to playoffs,” Mateus said. “So representing our community, its a great experience to do that.”

This year, the 15U team will join the 17U group after qualifying for the first time.

“It’s really tough to get into,” 15U head coach Mike Chwistek said. “Everyone we’re about to play against is really good. So it’s really exciting and the guys worked really really hard.”

They’re excited to check out the tournament they’ve heard so much about.

“I’ve heard from other teams that it’s a really fun experience,” Stevan Ljubicic said. “Not just for playoffs but its such a good experience for the team.”

As the team gets ready for its first playoff action, the team has grown together throughout the year.

“It’s been a fun experience,” Tyler Anderson said. “I feel like our team play has become much better over the year.”

The team will leave for San Diego this Friday.

Man accused of fleeing from Peoria Police arrested in Kewanee