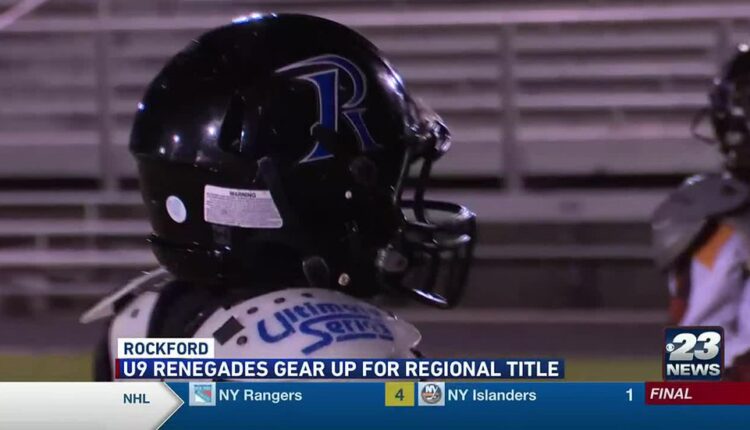 ROCKFORD, Ill. (WIFR) – On Saturday, the Rockford Renegades U9 team will attempt to add another trophy to its 2021 season as the team heads for the Mid-America Regional Championship.

“The (high school) kids at the games say, ‘Thanks, coach and everything you’ve done for me and all that stuff,’ I know it’s still pretty young, but that’s where they learn the game and there they climb them up and hopefully they can play for a national championship here in five or six years, ”said Gates.

The Renegades hope to bring one of three potential soccer trophies to the region this week as Lena-Winslow and Byron try to win 1A and 3A state titles in their respective classes.

“There are only three teams left, Lena-Winslow, Byron and us, I know we’re nine years old, but not everyone is on a championship team in their lifetime, representing Mid-America and Chicagoland Pop Warner and catching up with the regional championship Home, ”said Gates.

“It’s definitely fun to get them out of here,” said Mckiski, “they’ll be a team again.”