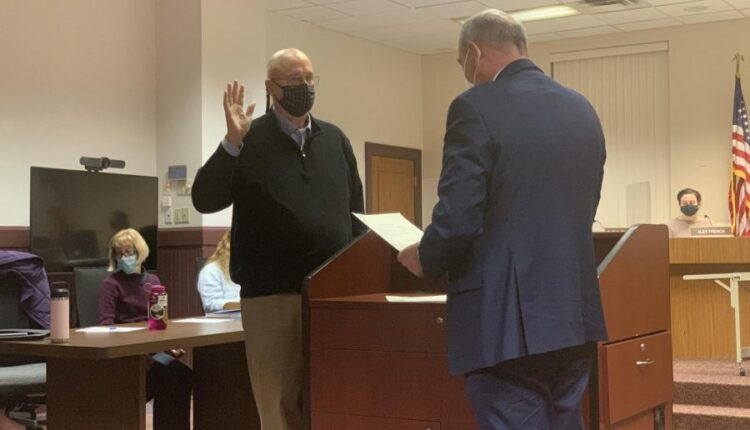 William Snavely is once again the Mayor of Oxford, selected at the city council’s organizational meeting on Tuesday evening.

Snavely, who had been vice mayor, succeeds Mike Smith, who was unable to run for re-election to the city council this year due to term restrictions.

Born in Peoria, Illinois, Snavely came to Oxford in 1977. He held several faculty positions in Miami and eventually became assistant dean of Farmer. In 2007, Snavely accepted a position at San Diego State University, but after retiring he moved back to Oxford to serve on the Oxford Planning Commission before being re-elected to the council two years ago.

Tuesday’s meeting began with Legal Director Chris Conard’s swearing-in on Amber Franklin and Alex French, who were newly elected to the council on November 2, and veteran members, Chantel Raghu and David Prytherch, who were re-elected. 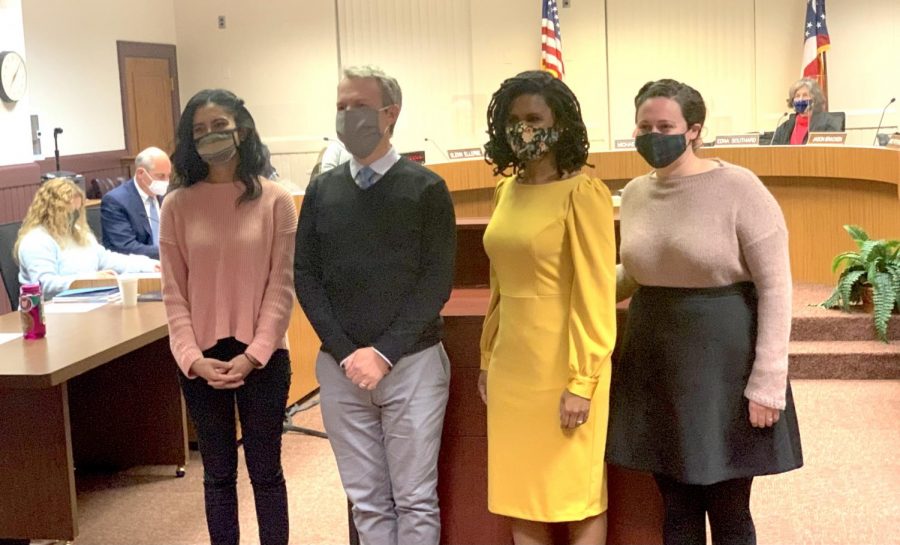 Chantel Raghu, David Prytherch, Amber Franklin and Alex French will be sworn in at the council meeting on Tuesday evening. Photo by Meagan Holloway-Ragland

The council then held a closed executive session for 45 minutes to select which council members would serve as mayors and vice mayors for the next two years. When they returned from the executive meeting, they unanimously elected Snavely as mayor and Raghu as vice mayor.

The meeting was then adjourned with hugs and congratulations, with no speeches, pledges, or promises.

According to the city’s statutes, the mayor presides over the council and has various ceremonial duties, but the city administrator – appointed by the council – is the chief administrator of the city government. The seven-member council sets city policy, sets city goals, and monitors and approves the annual budget. You also make decisions about the composition of departments, boards and commissions.

French said she was inspired to run for city council in May after witnessing the fighting people went through during the pandemic. Their platform included strengthening Oxford’s voice in its relationship with the university, the housing crisis, environmental initiatives and helping local businesses.

“I am very happy and grateful that I was sworn in tonight and am ready to get to work and deliver on my platform,” said French.

Franklin has been an active member of the community for 10 years and has been a member of the Oxford Police Community Relations and Review Board for five years. Their platforms included police-community relationships, hiring a social worker into the police force, affordable housing, and mental health services.

“I am very much looking forward to serving this city,” said Franklin when asked what she plans to do during her tenure. “I look forward to advancing the work of (establishing) the Police Social Work position and bringing more public art to Oxford.”