Semi Crash On I-57 Results In Death Of Secor Man 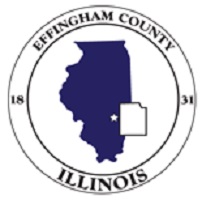 Effingham County, IL-(Effingham Radio)- On Wednesday December 14, 2022 at approximately 3:00 pm, the Illinois State Police responded to a report of a semi overturned in the median of I-57 NB MP 158. (just south of the cross) Upon arrival they found a male deceased in the semi. The coroner’s office was called and pronounced the male deceased at the scene at 3:55 pm. He was the only occupant in the vehicle. No witnesses stopped or were located and at this point it is unknown why he ran off the road into the median.

The driver was identified as Thomas Brown, age 62 of Secor, Illinois. His next of kin in Champaign, Illinois were notified of his death.

The investigation is continuing by the Coroner’s Office and the Illinois State Police.