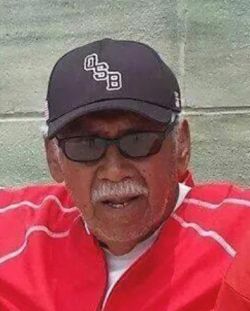 Coach Pete Gama, age 79, of Ottawa, passed away Tuesday, December 6, 2022 at Pleasant View Healthcare with his loving family by his side.

Funeral services will be held 1:00 PM Saturday, December 17th at Gladfelter-Roetker Funeral Home with Monsignor Mark Merdian officiating. Visitation will be from 10:00 AM until time of the service.

Pete was born August 14, 1943 in Peoria, Illinois, a son of Vincent and Ruth (Hortega) Gama. He was married to Bonnie (Haage) Gama for 25 years and were still good friends following their divorce. Surviving are his children, Rich (Patty) Gama of Ottawa and Karla (Rick) Bacon of Grand Ridge. Pete also leaves grandchildren, Carter and Andrew Bacon, Kassidy (Nolan) Gama breast as well as Joe and Lily Gertiz; and great-grandchildren, Avery, Lennon, Kollyns and Lottie. He was preceded in death by his parents and two brothers, Louie and Paul Gama.

Pete was a member of St. Columba Church and Laborers Local 911. Pete Graduated from Marquette High School and still holds the record for the longest field goal at 47 yards against St. Bede on Sunday, October 15, 1961. Over the years he coached most of Ottawa’s youth, whether it be in Little League, Youth Football or the OBB Organization which he was able to coach his son Rich, nephews and finally both of his only grandsons before he retired. He coached at the College level at Parkland, IVCC and then an enjoyable final stint at Waubonsee from 2000 – 2014, which allowed him to travel as well for Spring trips that he always looked forward too. Pete lived for all sports, but golf and baseball were his favorites and he loved traveling around to watch the grandkids play, jumping into straighten out the referees when he felt the need. He was also an avid Sox and Bears fan and was the happiest joining family for a dinner outing and having a stock of hot sauce and ice cream bars. He lived at Heritage Woods for the last 5 years ending up with many lifelong friends joining him for conversation in the lobby.

In lieu of flowers, memorial contributions may be directed to the family. To share a memory or sign the online guestbook, please visit www.gladfelter-roetker.com or Gladfelter-Roetker Funeral Home on Facebook.

Semi Crash On I-57 Results In Death Of Secor Man