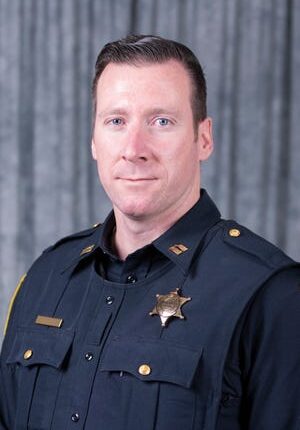 A 22-year veteran officer of the University of Illinois Springfield Police Department is now its new chief.

Ross Owens, who had served as the interim police chief since January 2021, takes over the top spot.

Owens was named interim chief after Donald Mitchell retired in 2020 capping a 20-year career with the department.

The move is pending University of Illinois Board of Trustees approval.

The UIS Police Department has 23 personnel, including 16 sworn officers.

In addition to directing all police activities, Owens also wants to contribute to the university’s anti-racism and social justice priorities. Owens has been involved in training the UIS community on preparedness measures regarding active shooter threats and has planned, implemented and evaluated drills held on campus.

Owens is a certified Crisis Intervention Team officer and is trained in mental health and high-tech investigation techniques.

“The entire UIS community has been so supportive of me through this entire process, it’s truly been a humbling experience,” Owens said in a statement. “I’m grateful for the opportunity to lead the UIS Police Department into the future and growing into a more collaborative and transparent pillar of our community.”

Owens started working for the UIS Police Department as a dispatcher in 1999. In 2006, he became a UIS police officer and was promoted to sergeant in 2015, lieutenant in 2018 and captain in 2019.

Owens graduated from the School of Police Staff and Command at Northwestern University, a 10-week program that provides upper-level college instruction for leaders in law enforcement, in 2019.

Owens is a UIS alum, having earned bachelor’s degrees in business administration and management in 2008.

“Chief Owens cares deeply about UIS and has a great understanding of and commitment to the campus community,” said UIS Interim Chancellor Karen Whitney. “He is someone who can be trusted by our students, faculty and staff to provide the oversight and accountability for our university’s safety from a community policing perspective.”

Everything You Need to Know About Paxlovid — Especially, Should You Take It?