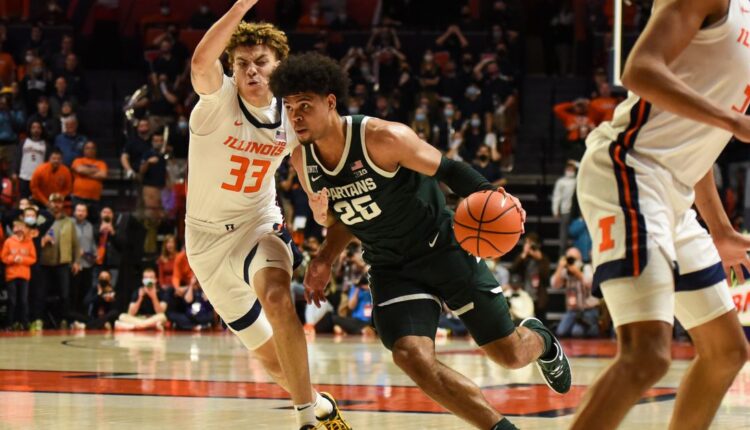 Michigan State rolls into Champaign, Illinois to take on the Fighting Illini. An Illinois team that had big preseason expectations looks a lot more suspect now. Despite an 11-5 overall record, and a 2 game win streak, the 2-3 record in Big Ten play has the Illini fighting for their chance in the conference.

Here’s how to catch all the action.

Michigan State is on a roll. Getting Malik Hall back has helped fuel a 7-game win streak, and he’s not even in the starting lineup yet.

Illinois is effectively an entirely new team this year. Only three players on the roster connect to last year, and only one of them played all of last year, Coleman Hawkins. Illinois has looked great at some points and utterly disjointed at others.

The lineup is still trying to figure each other out, and losing is not helping. Struggles in the Big Ten could continue if they cannot keep up with the Spartan guards. Though if they can drive the game from the lane, it could be a long night for MSU’s interior defenders.