What to Watch: Illinois Set for ReliaQuest Bowl on Jan. 2 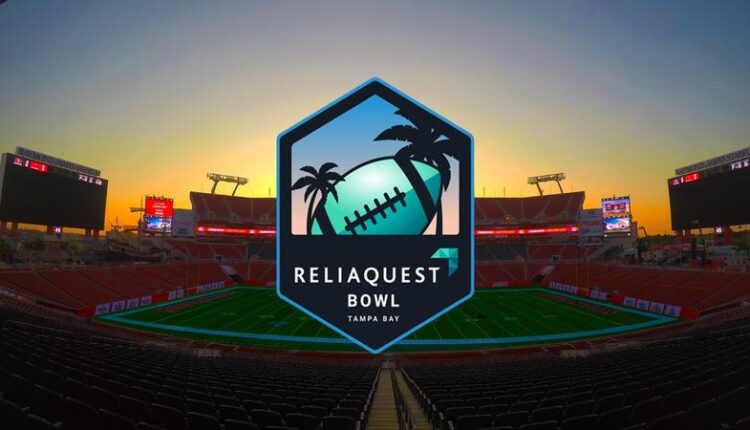 For the first time since 2019, Illinois will compete in a 13th game, taking on Mississippi State in the ReliaQuest Bowl on Monday. After an 8-4 regular season that featured an unblemished nonconference record and five conference wins, their most since 2007, the Illini earned the opportunity to partake in bowl festivities.

The program has been hit with several changes since Illinois last took the field on Nov. 26, including the departure of three former Illini coaches and the promotion of Aaron Henry to defensive coordinator. Three All-Big Ten starters – Chase Brown, Sydney Brown, and Devon Witherspoon – opted to forego the team’s bowl game and prepare for the 2023 NFL Draft, though Illinois is in a good position, both health-wise and personnel-wise, to fill in for them.

With the team soaking in the sights of Tampa and enjoying the experiences of playing in a bowl game, the Illini are gearing up for their first January game since the 2008 Rose Bowl against the 8-4 Bulldogs from the SEC. Mississippi State features players who ranked first in its conference in passing yards, interceptions, and tackles, while the Bulldogs registered two ranked wins during its regular-season campaign.

The ReliaQuest Bowl is set for 11 am CT from Raymond James Stadium in Tampa, with the game scheduled to air on ESPN2. With kickoff around the corner, here are a few talking points as Illinois closes out its historic 2022-23 season.

Can the offense and defense continue to produce without three All-Big Ten starters?

Illinois has the depth to fill in for its three missing stars, but that does not mean their losses will be significant. Chase Brown led the Power 5 in rushing for the entirety of the regular season, while Witherspoon and Sydney Brown were two vital pieces of one of the top defenses in the nation. Witherspoon earned consensus first-team All-America honors, and Sydney Brown led the Big Ten in interceptions.

Despite their absences, head coach Bret Bielema feels good about the team’s depth. Bielema says Tyler Strain and Xavier Scott are two players to watch, especially since the Illinois secondary was banged up over the last few weeks of the regular season.

“We have been able, the last two or three games, to get Xavier Scott. Had a tremendous role, really from the Michigan game on, played a lot of football for us,” Bielema said. “Tyler Strain really had a nice couple games there at the end. Got knocked out of the Purdue game with a concussion. Came in and did a nice job. Obviously the way these guys play offense, our secondary is going to have to be at its best.”

Josh McCray has seen limited playing time due to various injuries, though he is expected to take on a significant role with Brown’s departure. Though he participated in three games in 2022, he emerged as a freshman last season with 549 rushing yards and two touchdowns while playing in all but one game.

McCray’s participation on Monday could be a sign of things to come in the spring and fall of 2023, as Bielema says he is fully healthy and cleared to play against Mississippi State.

“Josh has been 100% involved in bowl practice,” Bielema said. “He actually did the devo practices. He’s basically a guy we were counting on big things since he ever started. He’s never been full strength since Indiana. Almost ran over me today. He looks pretty good.”

How will the coaching departures affect gameday procedures on Monday?

Three former Illinois coaches have departed the program since the Illini’s regular-season finale, but Bielema says he has no concerns about any coaching issues during the bowl game. Henry, who previously served as the defensive backs coach, is the team’s new defensive coordinator, and on-field coaching positions have been filled for the bowl game.

Ryan Simerson and Alex Panos, who served as student assistants during the season, will step into graduate assistant roles, Andy Buh will take both inside and outside linebackers, and Danny Cameron, who worked as an offensive analyst, will help with the running back room .

The staff will obviously look different from the team’s regular-season run, but Bielema is happy with where things stand before making more hires over the winter.

Henry’s promotion to defensive coordinator has made the coaching transitions easier, and the team and staff has already embraced him as the leader of the defense.

“The reaction has been awesome,” Bielema said. “At practice, there’s a game plan involved with Mississippi State. We’ll do a lot of things that we’ve done, but we’ll also change up some things. I think it’s exciting about what our defense has been and maybe possibly where it can go.”

Is the team able to balance bowl-game festivities and rewards while focusing on task at hand?

The Illini have been in Tampa since Dec. 26, taking part in bowl-related activities while still practicing and focusing on game preparation ahead of Jan. 2. With several departing seniors set to make their final appearances with the Orange and Blue, the team has ensured that the bowl game is a reward for their hard work all season.

Illinois has visited the Florida Aquarium and Clearwater Beach, participated in a bowling night, fed giraffes at Busch Gardens, took part in a pie-eating contest while still practicing and preparing for Mississippi State. The team will now transition to exclusively focusing on game prep with kickoff around the corner.

“We really enjoyed our time here,” Bielema said. “Coming here to Tampa, a bowl experience, very excited to be here. Looking forward to an opportunity to play on the 2nd.”

Dixon residents leave apartment, come back to deer in bedroom