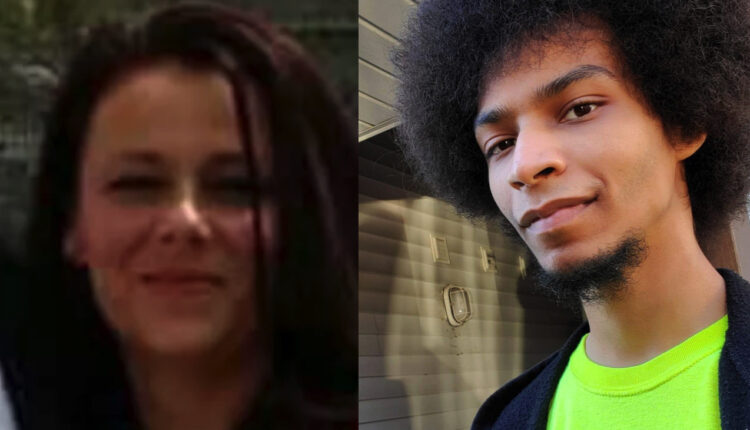 ROCKFORD, Ill. (WTVO) — A Bloomington, Illinois woman has been reunited with her biological son after 26 years thanks to a post on a Rockford Facebook page.

Jen Middlebrooks was 19 in 1996 when she gave birth to a boy she named JayCe.

Now 46, Middlebrooks says she immediately fell in love with her son but wasn’t making positive choices as a teen mom.

Growing up, she toggled between her mother’s house and a series group homes and ran away numerous times. During that time, she said she lived on the streets for a while and was sexually abused by a family member.

“I didn’t get the chance to see a family that worked,” said Middlebrooks.

She did try to create one though. She said she wanted to make a life for her two older children but ultimately surrendered their care to her grandmother. By the time JayCe came along, Middlebrooks knew what she needed to do for the sake of her newborn son.

Through Catholic Charities, JayCe was put up for adoption.

The only thing Middlebrooks knew in the following years was that in 1996 JayCe’s adoptive parents were living in Rockford and that his name was changed to Logan. She was alright with that, she said, and found comfort knowing he was being cared for by a loving couple who were raising him as their own.

But, as time passed, she not only thought about JayCe, she felt a connection to him she couldn’t shake.

“I was always worried about him,” said Middlebrooks, who’s now married. “I wondered if he looked like me or if he resented me. It was very, very hard.”

In 2014, the year her son turned 18, Middlebrooks needed to quiet his image that seemed to be in the face of every mixed-raced little boy she’d see. She needed to know what became of him, if not just for her own sake.

More calls to Catholic Charities followed but turned up nothing. A DNA submission to Ancestry.com was fruitless.

After eight years, Middlebrooks was ready to give up—until she found the “What’s Happening in Rockford, IL?” Facebook page earlier his month.

On the popular page, she made what she called a “last-ditch effort”, posting details of JayCe’s adoption along with a message that said, “I just want you to know that I would love to see/talk to you and hopefully hug you!”

Although Logan didn’t see it, someone close to him responded less than 24 hours after the post was approved by administrators on Saturday, Sept. 17.

“His (adoptive) older sister happened to have been in the group,” Middlebrooks said. “She reached out in a message who she was, and said she would forward my post to Logan.”

Then the wait was over.

“Logan friend requested me and said, ‘Hi’ immediately after,” Middlebrooks said. “I was actually standing in the Walmart checkout at the time and almost fainted.”

Within the hour, Middlebrooks and the boy she thought she’d never see again were enveloped in a Facebook Messenger chat session that seemed to last as long as they’d been apart.

“It was hours,” Middlebrooks said. “It was so natural, like I had known him his whole life.”

Since their online reunion, Middlebrooks and Logan have been in constant contact and are currently planning to meet.

Middlebrooks is also in regular touch with Logan’s adoptive mother, Tracy Laven-Rohr, who said she was taken back by the timing of events.

“We’ve been wanting to reconnect with Jen for years,” Laven-Rohr said. “The fact that all it (took) was one Facebook post is incredible. We’re excited about what the future holds.”

Eyewitness News has reached out to Logan although he is not yet ready to comment publicly.

“He’s adjusting to it all in small steps,” Middlebrooks said. “But we chat on Messenger almost every day and (he) is open to sharing his part of the story when it feels right for him.”

Until then, a GoFundMe campaign has been established to defray the cost of helping Middlebrooks and Logan see each other in person.

“Tracy and I are working together,” Middlebrooks said, “to make an actual meeting with him so it can feel more real to him.”