2 marathons, 2 days: ‘I was kind of expecting to feel a lot worse’ | University-illinois 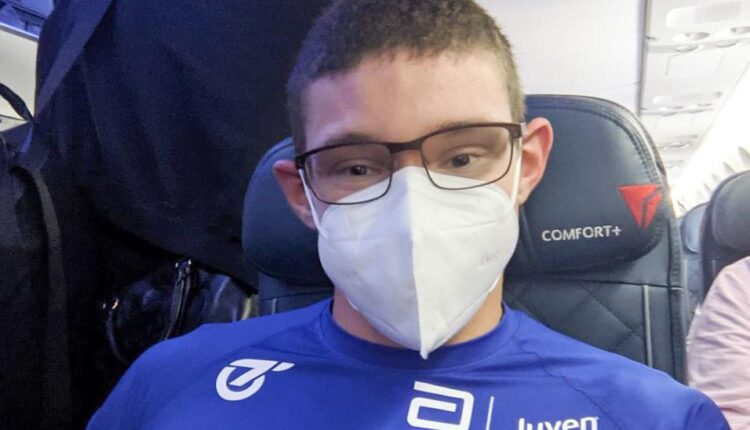 Watch our video story about the wheelchair star

CHICAGO – Daniel Romanchuk had barely broken the tie to win the men’s wheelchair class at the Chicago Marathon on Sunday when the next day’s speech began. When a race officer spoke to him, he smiled and politely declined water bottles and Gatorade.

Romanchuk is never one for big celebrations, but on Sunday he barely had time to even think about the race he had just won. After all, he had a wake-up call at 3:30 the next day for the Boston Marathon.

Due to COVID-19, this year’s five remaining marathon majors have been condensed into a period of six weeks, starting with the Berlin Marathon on September 26th and ending with the New York Marathon on November 7th.

This included an eight-day route on which he took part in the marathons in London, Chicago and Boston. While runners of the world would never think of doing so many marathons in such a short time, this is not the case with wheelchair users. Like his teammate from the University of Illinois, Tatyana McFadden, who also won in Chicago and finished second in Boston this week, Romanchuk competes in all six.

“I don’t think this was on anyone’s schedule, but when the races were postponed it was like, ‘Fall will be pretty busy,'” he said. “When the race dates were confirmed, it was like, ‘Okay, there is really a lot going on.’

“We didn’t know how I would react to that. I hadn’t really trained much to simulate these environments where you run consecutive marathons. It was definitely interesting. “

After a television interview and drug test on Sunday, Romanchuk rushed back to the hotel, packed his gear, and headed to O’Hare Airport to drink as much as possible. After his original flight was canceled earlier that day, he made a brief layover in New York before landing in Boston and arriving at his hotel after 8 p.m. He put his chair together and was finally able to rest his eyes around 10 p.m.

Romanchuk finished in second place behind the Swiss racing driver Marcel Hug, who had a dominant two-month span that goes back to the Paralympics races in a newly designed, expensive and much-noticed chair.

However, Romanchuk said his biggest surprise was that he didn’t feel overly tired.

“It wasn’t too strenuous,” he said. “It was a little less than I expected and overall I really had no problems. I felt pretty good after that. Of course I was tired, but somehow I expected that I would feel a lot worse. “

The weekend was so blurry that Romanchuk had little idea of ​​his time for Sunday’s race. On Wednesday, he talked about the slow and relaxed pace, attributing it to athletes saving up for Boston.

In fact, after talking to his mother, who acts as a kind of manager, he found that he was actually over a minute faster than at the race two years earlier when he dusted off the competition by over 3 minutes.

“The time could very well have been told to me,” he says with a laugh, “but I think this is probably the first time that I have actually processed this information.”