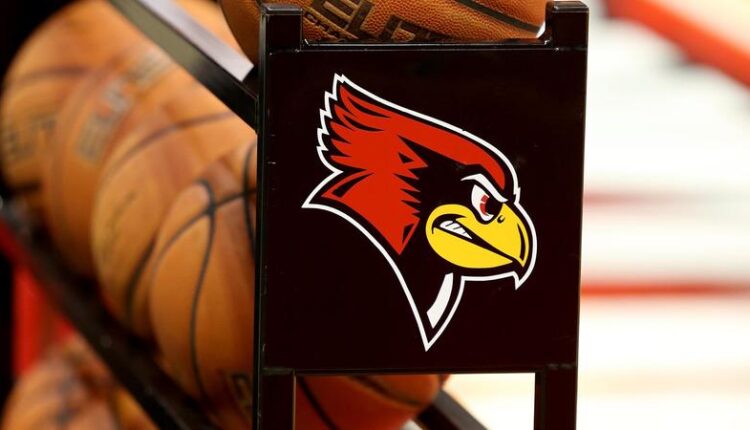 NORMAL, illustrated – Illinois State men’s basketball has announced the student-athletes that were chosen as the recipients for prestigious endowed scholarships, and this year, seven deserving and outstanding student-athletes were selected for these honors.

Knight is in his first season with the Redbirds, after spending last season at BYU and two previous seasons at San Jose State. He comes into his final season of college basketball with 960 career points. In 2019-20 he was named third team All-Mountain West Conference after averaging 17.1 points and 5.7 rebounds per game, including 20.1 points per game in MWC play. Last season at BYU he averaged 7.4 points and 3.4 rebounds per game.

Proceeds from the 1994 Doug Collins Chicago Golf Outing and a special announcement reception established the Will Robinson Scholarship. Robinson was the Redbird basketball coach from 1970 to 1975 and a pioneer among African American college coaches. The scholarship also funds an internship with the Detroit Pistons, Robinson’s employer until his death in 2008.

Sandage enters his final season of college basketball after spending the most recent two seasons at Western Illinois. The Bloomington native averaged 13.4 points per game last season for the Leathernecks, including games of 33 and 25 points during the season. He dished out 82 assists last season with 39 steals and 122 rebounds. As a junior at WIU he played in 22 games with 13 starts and averaged 9.5 points per game with a team-high 45 assists.

The proceeds from the Doug Collins Roast and Toast in 1990 established the scholarship in the name of Illinois State’s all-time leading basketball scorer. It is presented annually to either a junior or senior men’s basketball player who meets academic requirements and contributes significantly to his team.

Last season in his first year with ISU, McChesney averaged 4.5 points per game with eight starts in his 32 games played. He had 30 blocked shots – second-most on the team – and pulled down 100 rebounds. His blocked shot total was the seventh highest in the MVC last season, and he scored in double-figures six times including a season-high 19 points at UNI on January 29.

Established in 1990 to honor the Redbird athletics director who led Illinois State’s program into Division I status, the Milt Weisbecker Endowed Scholarship is awarded to a junior or senior men’s basketball player who meets specific academic standards.

Poindexter comes into his first season with the Redbirds after spending the previous two years with the University of Virginia. Last season he saw action in 19 games, scoring 19 points off the bench while adding seven assists and 10 rebounds. He made half of his shots from the field during the year, and 3-of-8 from long range.

The Collie scholarship was established in 2008 through funds raised by former players and coaches of Coach Collie. “Gentleman Jim” coached ISU men’s basketball 1958-1970 achieving 209 coaching victories. dr Collie was elected to the ISU Hall of Fame in 1976. Much of today’s Redbird basketball tradition traces directly to the Collie era. His players remember him as one who helped to positively mold all their lives. The scholarship is awarded annually to a junior or senior on the men’s basketball team.

The Dave & Doris Schertz Endowed Scholarship was established in 2020 to honor Dave Schertz, a four-year basketball letterman (1956-1959) and Athletics Percy Family Hall of Fame member, and his wife, Doris. Dave was Illinois State’s captain and most valuable player for three seasons. He was on the all-NAIA District 20 team as a senior in 1959, when the Redbirds compiled a 24-5 record, won the conference title, and reached the NAIA national tournament. He still ranks No. 2 in career rebounds and no. 17 in career scoring. Preference will be given to a Men’s Basketball Student-Athlete displaying significant character, commitment to community service, and high academic achievement within their chosen area of ​​study.

Sissoko played in 19 games last season, scoring 25 points with 18 rebounds. He made 46 percent of his shots from the field and scored a season-high five points at Drake on January 12. As a freshman he played in 25 games with 13 starts and scored a career-high 21 points against Greenville on December 2, while pulling down 10 rebounds against UMass Lowell on November 28.

The Robert Seidl Scholarship was established in 2018 in honor of Dr. Robert Seidl, longtime Redbird team doctor and supporter. The scholarship is awarded annually to a member of the men’s basketball team who showcases significant character, commitment to community service and high academic achievement within their chosen area of ​​study.

Last season, in his first season at ISU, Kendall Lewis was one of just 28 players across NCAA Division I to have at least 33 assists, 32 blocked shots, and 38 steals during the season, and one of just 10 to do it while making at least half of their field goal attempts. He averaged 9.3 points and 5.7 rebounds during the year, including a season-high 22 points against Buffalo on November 24 in Cancun.

The Ramsin Benyamin Scholarship was established in 2018 in honor of Dr. Ramsin Benyamin, a valued Redbird team doctor and supporter. The scholarship is awarded annually to a member of the men’s basketball team who showcases significant character, commitment to community service and high academic achievement within their chosen area of ​​study.

Kotov redshirted the season last year, after playing in 12 games two seasons ago with one start. He averaged 1.5 points and 1.9 rebounds per game during his first season in an ISU uniform, as he converted on 9-of-19 shots from the field with five assists and two steals.

These endowed scholarships are one of 31 available that are funded by private donors who have taken the opportunity to create a lifetime impact to Illinois State student-athletes. If you are interested in learning more about the Forever State Endowment Society at 309-438-2752.