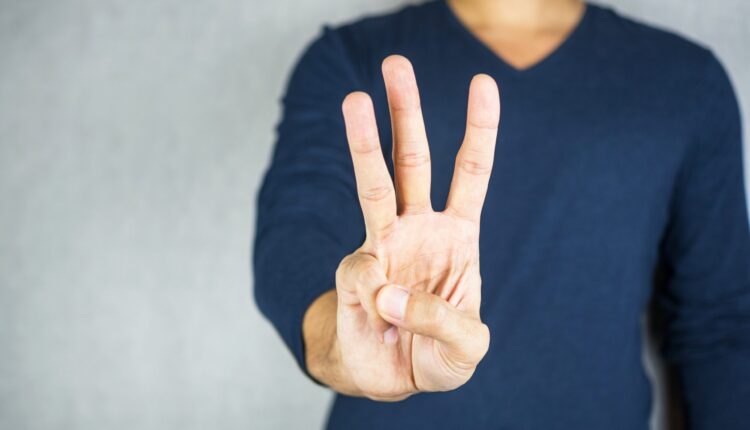 Since inflation is still hovering close to its multi-decade high and far from the point at which the Fed would consider a halt or reversal of its hawkish stance, borrowing costs are expected to rise, and demand is set to soften further, putting further pressure on business margins.

Hence, market volatility is unlikely to catch a break anytime soon. The CBOE Volatility Index has climbed more than 45% year-to-date.

In such a scenario, shares of fundamentally strong businesses belonging to sectors whose demand is immune to an economic slowdown seem ideal investments to cushion one’s portfolio.

To that end, we think The Coca-Cola Company (KO), Elevance Health Inc. (ELV), and Casey’s General Stores, Inc. (CASY) should not be overlooked while trying to cushion your portfolio.

On October 20, KO announced its regular quarterly dividend of $0.44 per common share, payable on December 15. The company pays $1.76 as dividends annually. This translates to a 2.95% yield at the current price, compared to the 4-year average dividend yield of 3.08%. The current payout ratio is an impressive 70.16%, and the company has raised its dividend for the past 59 years.

As a result, non-GAAP net income per common share increased 6.2% from its year-ago value to $0.69.

Analysts expect KO’s revenue for the fiscal year (ending December 2022) to increase 10.4% from the previous year to $42.67 billion. The company’s EPS is expected to increase 7% year-over-year to $2.48. Additionally, the company has continued its impressive feat by surpassing consensus EPS estimates in each of the trailing four quarters.

KO’s stable outlook has earned it an overall POWR Rating of B, which translates to a Buy in our proprietary rating system POWR Ratings assess stocks by 118 different factors, each with its own weighting.

KO also has a B grade for Stability, Sentiment, and Quality. Within the A rated beverages industry, it is ranked #21 of 34 stocks.

On October 18, ELV announced its regular quarterly dividend of $1.28 per share, payable on December 21 to shareholders as of record as on December 5. The company pays $5.12 annually as dividends, translating to a yield of 0.97% at the current price. It has increased its dividend payout for ten consecutive years.

On October 8, ELV announced that its affiliated health plans would offer $0 premium Medicare Advantage plans with supplemental benefits to address social drivers of health to nearly 33 million Medicare-eligible consumers across the country. The company will provide a single prepaid benefits card that is expected to be easier for consumers to keep track of instead of carrying multiple cards for different benefits.

The consensus EPS estimate of $29.02 for the fiscal year 2022 (ending December 2022) represents an 11.7% improvement year-over-year. The consensus revenue estimate of $155.67 billion for the ongoing year increase a 13.7% increase from the last year.

The company has an impressive earnings surprise history, as it has topped the consensus EPS estimates in each of the trailing four quarters.

ELV’s fundamental strength is reflected in its POWR Ratings. The stock has an overall rating of A, which equates to a Strong Buy in our POWR Ratings system. It has a grade B for Growth, Value, Stability, Sentiment, and Quality.

Unsurprisingly, ELV tops the list of 11 stocks in the A-rated Medical-Health Insurance industry.

Click here to see all the POWR Ratings for ELV.

CASY operates convenience stores in the United under the Casey’s and Casey’s General Store names. It offers a selection of food, beverages, tobacco and nicotine products, health and beauty aids, automotive products, and other non-food items.

On November 1, CASY announced its continued efforts to expand its alternative fuel options in response to evolving guest needs and as part of its environmental stewardship efforts. In addition to offering biofuel options, the company added the 11th Tesla Supercharger at its Urbana, Illinois, location. This is expected to drive growth amid growing inclination among consumers towards sustainable mobility.

On September 7, CASY declared its quarterly dividend of $0.38 per share, payable on November 15. The company pays a $1.52 dividend annually, translating to a yield of 0.65% at the current price. It has a 4-year average dividend yield of 0.74%. CASY has raised its dividend for 23 consecutive years.

For the first quarter of fiscal 2023 ended July 31, 2022, CASY’s total revenue increased 40% year-over-year to $4.46 billion due to strong inside sales driven by prepared food and dispensed beverages.

During the same period, the company’s adjusted EBITDA grew 20.6% year-over-year to $293.21 million because of robust fuel margins as wholesale costs declined from record highs.

Analysts expect CASY’s revenue for the fiscal year 2023 to increase 23.7% year-over-year to $15.89 billion. The company’s EPS for the same period is expected to grow 10.4% year-over-year to $10.05. Moreover, the company has surpassed the consensus EPS estimates in three of the trailing four quarters.

CASY’s strong fundamentals are reflected in its POWR Ratings. The stock has an overall rating of A, which translates to a Strong Buy in our proprietary rating system. It has a grade B for Growth, Value, Sentiment, and Quality.

CASY is ranked #2 of 38 stocks in the A-rated Grocery/Big Box Retailers industry.

Get additional ratings for CASY’s Momentum and Stability here.

About the Author: Santanu Roy

Having been fascinated by the traditional and evolving factors that affect investment decisions, Santanu decided to pursue a career as an investment analyst. Prior to his switch to investment research, he was a process associate at Cognizant. With a master’s degree in business administration and a fundamental approach to analyzing businesses, he aims to help retail investors identify the best long-term investment opportunities. More…

More Resources for the Stocks in this Article