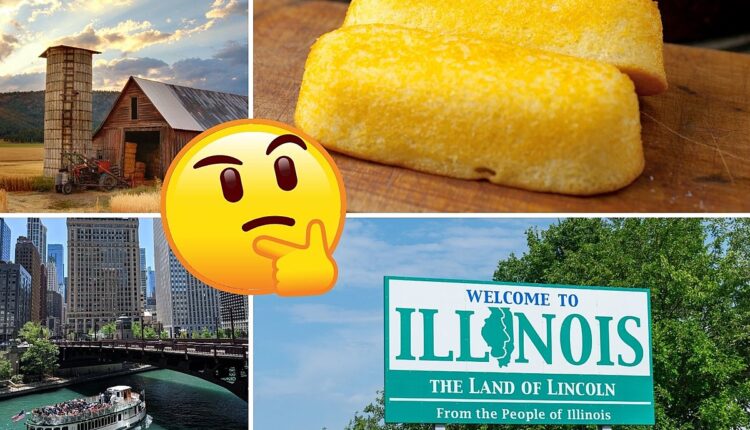 Illinois is commonly known for a lot of things, some good, most of them bad.

I have lived in this state my whole life, and I often get perturbed about how many bad Illinois things people from other states talk to me about. Sure, Illinois has its fair share of things to complain about, but what state doesn’t?

When you spend each workday researching and reading about cool Illinois things, you gain a lot of fascinating knowledge, so I thought it would be fun to put it to good use.

Care to play a game? I’m calling this “5 Truths and a Lie About Illinois”.

Here are some fun facts about the state of Illinois, but one of them is a often believed, but way untrue myth. Do you know which one it is?

1. Illinois Is Home to the Only River in the World That Flows Backward

Photo by Solstice Hannan on Unsplash

Photo by Solstice Hannan on Unsplash

2. Illinois Had Two Other State Capitals Before Springfield

4. Your Case Must Be Dismissed If Police Don’t Read You Your Rights in Illinois.

5. The Official Starting Point for the Historic Route 66 is in Illinois.

6. The First Round Silo Was Constructed in Illinois.

Photo by Timothy Eberly on Unsplash

Photo by Timothy Eberly on Unsplash

Did you spot the Illinois lie yet? Here’s the answer…

According to this article about the Top 10 Illinois Criminal Law Myths;

The police are only required to read you your rights if they are conducting what is called a “custodial interrogation.” In other words, you are in their custody and they are questioning you. If they break this rule, the remedy is that your statement is suppressed, but there is no requirement that the case be dismissed.

Keep that fact in mind the next time you get arrested.

Now let’s get you a little more information about the 5 Illinois truths listed above;

LOOK: Here are the 25 best places to live in Illinois

Stacker compiled a list of the best places to live in Illinois using data from Niche. Niche ranks places to live based on a variety of factors including cost of living, schools, health care, recreation, and weather. Cities, suburbs, and towns were included. Listings and images are from realtor.com.

On the list, there’s a robust mix of offerings from great schools and nightlife to high walkability and public parks. Some areas have enjoyed rapid growth thanks to new businesses moving to the area, while others offer glimpses into area history with well-preserved architecture and museums. Keep reading to see if your hometown made the list.

Kofi Cockburn getting his shot to impress NBA scouts