Another warm day Friday, but also a wet one 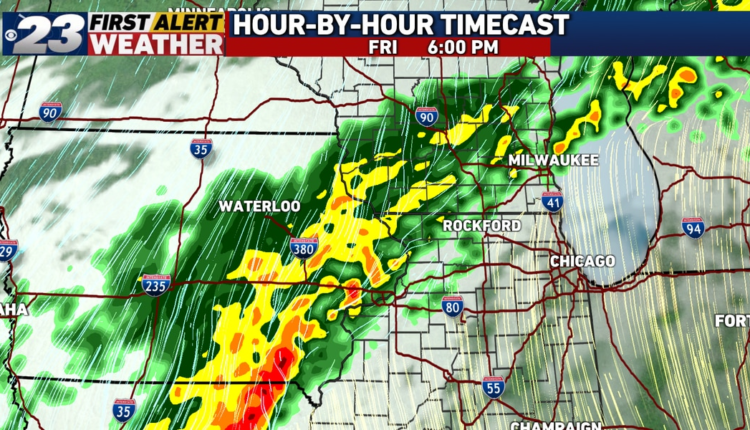 ROCKFORD, Ill. (WIFR) – What a stretch it has been! For a third straight day to start the month of November, temperatures managed to surge into the 70s across the entire Stateline.

The high temperature reached 73° in Rockford Thursday, an impressive accomplishment in and of itself. Making things even more impressive is the fact that Rockford’s high temperature was considerably warmer than those registered in Phoenix, Tucson, Los Angeles, San Diego, and Las Vegas!

With clouds in place overnight and a strong southerly wind remaining intact, temperatures overnight aren’t to fall below 60° over the vast majority of the area, giving us high confidence that another warm day’s in store Friday. 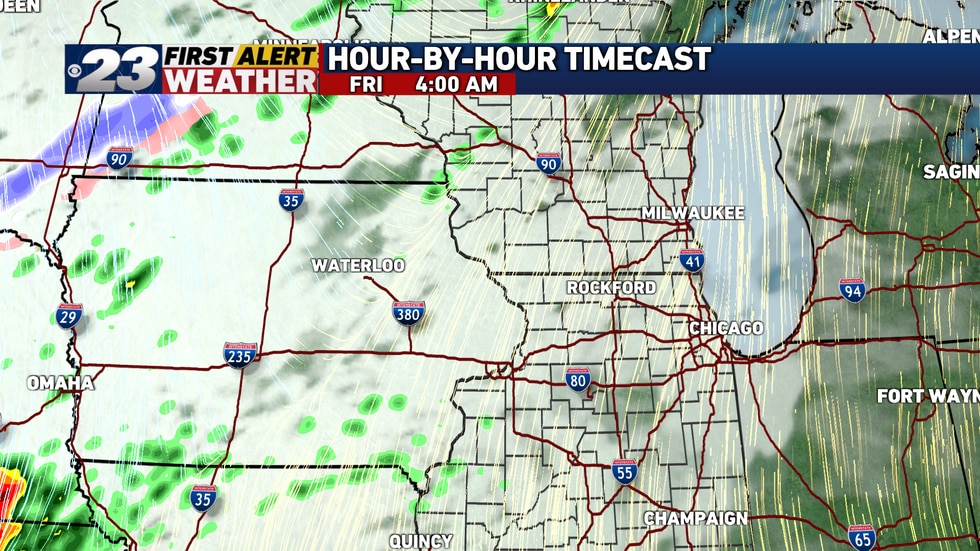 Clouds are to remain a major factor for just about the entire day Friday, and scattered showers may very well accompany those clouds in the early going. Initially, these are to be quite light and of the hit-or-miss variety. The bulk of the rainfall early Friday will remain well off to our west. With southerly winds remaining in tow, and blowing with more gusto, temperatures should still have little trouble reaching into the 70s. Scattered showers remain possible at midday, though many areas are to be dry.(Mark Henderson, WIFR)

More organized activity is to gradually approach as the afternoon wears on, though the belief here remains that the heaviest and most widespread rain isn’t to arrive here until Friday evening. Once more widespread activity gets underway, expect there to be numerous rumbles of thunder, occasional flashes of lightning, and heavy downpours from time to time. The expectation is that our area’s likely to see a period of nonstop rainfall for at least a six hour period Friday evening and overnight. More organized activity will begin to slider in from the east by the late afternoon hours.(Mark Henderson, WIFR) 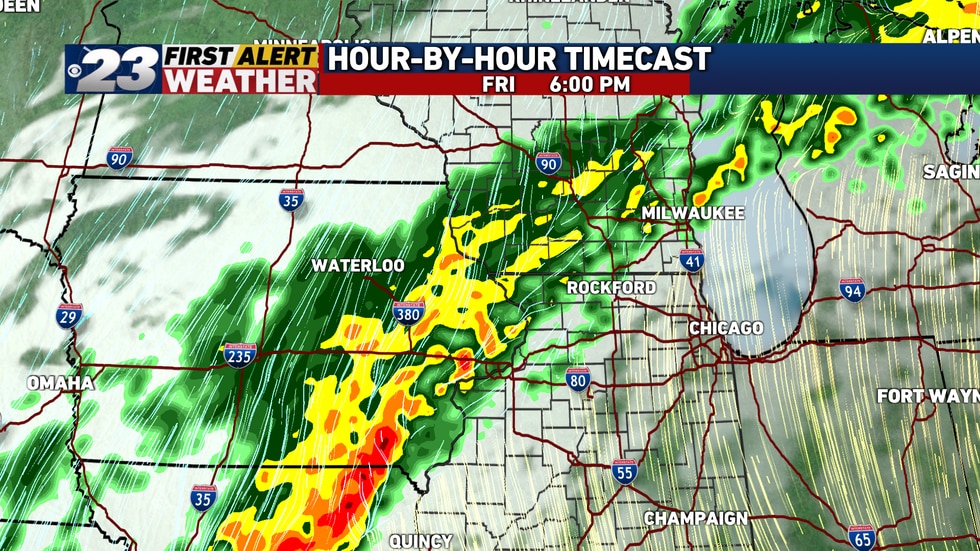 Showers and storms are to inch closer and closer to the area by dinnertime.(Mark Henderson, WIFR) 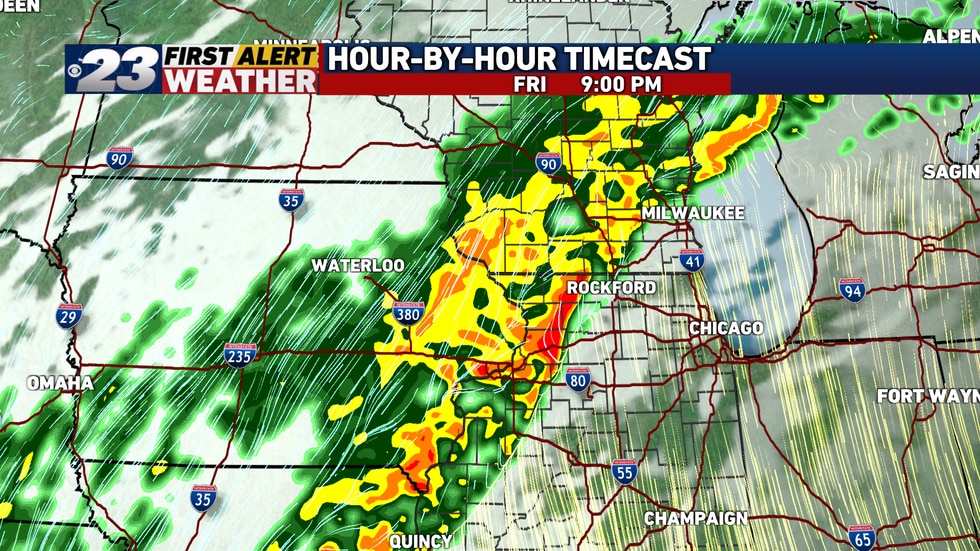 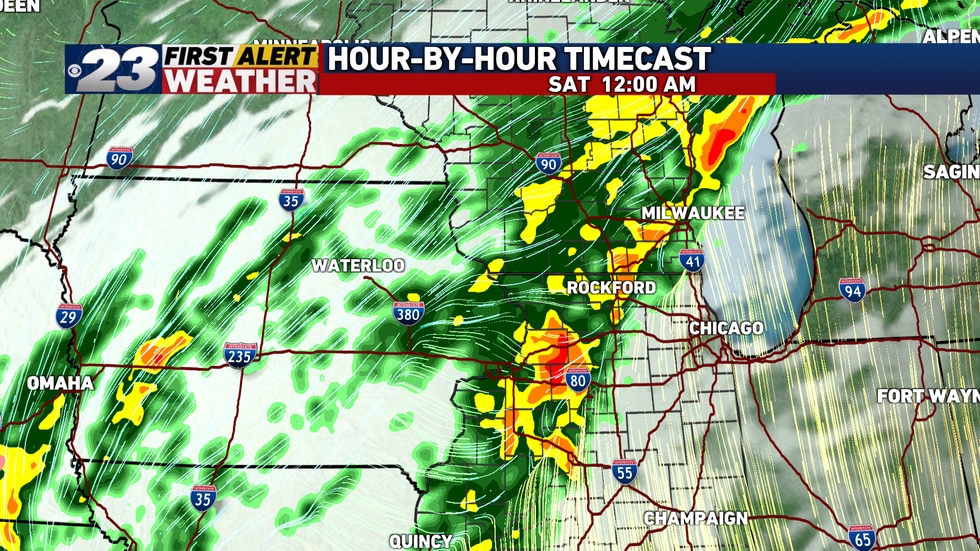 Showers and storms are to continue over much of the area for most of the evening.(Mark Henderson, WIFR) 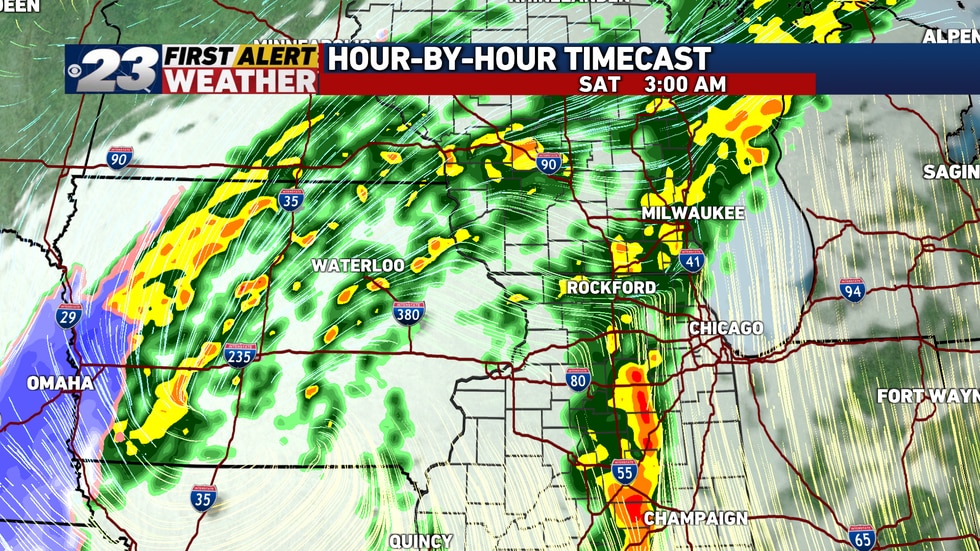 Rain should begin to wind down after midnight.(Mark Henderson, WIFR)

At this juncture, our confidence remains quite high that severe weather is not a cause for concern. 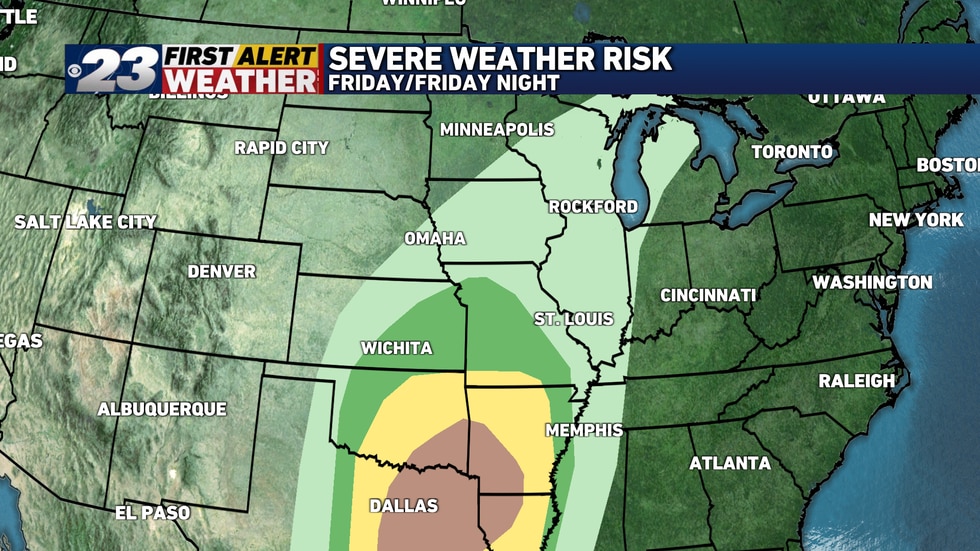 The severe weather threat Friday looks to set up well to our south.(Mark Henderson, WIFR)

This dynamic storm system will still have impacts on our area Saturday in a variety of ways. First, another spoke of energy is to send a fast-moving line of showers and storms through our area. Thankfully, these will be in and out in no time, and three conditions are to ensue. One more line of fast-moving showers and storms will race through Saturday morning, while snow is to fall well west.(Mark Henderson, WIFR) 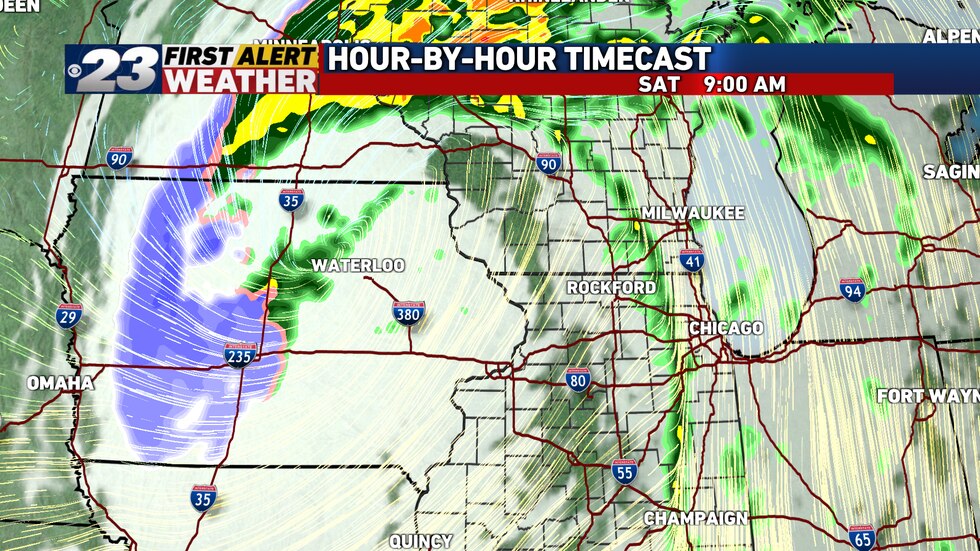 Rain should be done by mid-morning Saturday, though temperatures will be plunging after a cold front passes through.(Mark Henderson, WIFR)

Unfortunately, though, the news doesn’t get a whole lot better from there. Clouds are to remain intact, winds are to become increasingly gusty, perhaps reaching 45 or 50mph at times, and temperatures are to plummet quickly as a cold front barrels through the region. Our high temperature of 62° is to occur by noon, at the latest, and by the late afternoon hours, we’ll see temperatures down to around 50°. We’re not to bank on much in the way of sunshine Saturday, though there’s at least a glimmer of hope that some may peek through the clouds just before sunset. Things look dry by midday Saturday, though temperatures will be falling quickly as breezes blow with gusto.(Mark Henderson, WIFR) 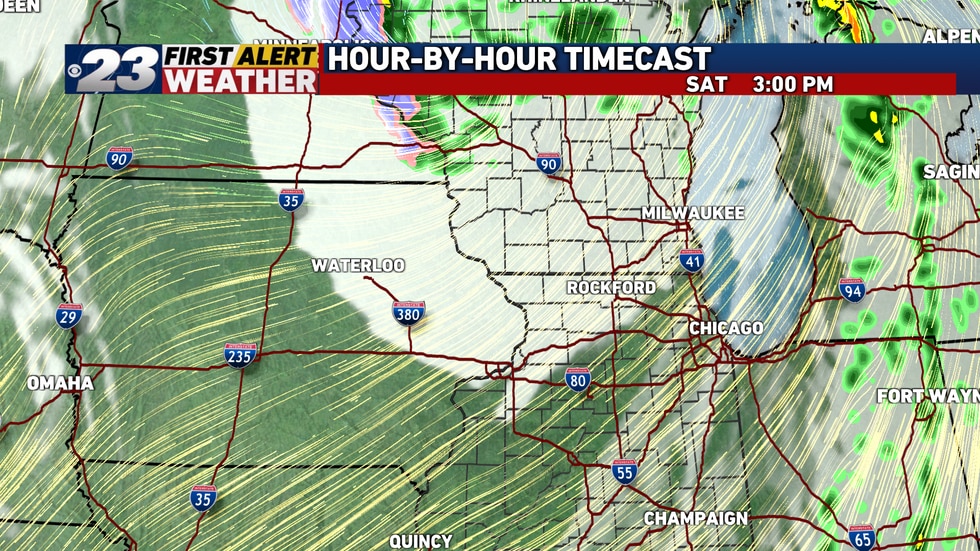 Sunshine may even break through the clouds late Saturday afternoon.(Mark Henderson, WIFR) Don’t forget, we turn our clocks back Saturday night before going to bed, as Daylight Saving Time comes to an end officially at 2:00am Sunday.

Speaking of Sunday, another winning stretch is to kick off then. Sunshine is due back in, with southwesterly winds sending temperatures back into the middle and upper 60s. While temperatures may flip flop a bit Monday and Tuesday, we’re to remain well above normal, and signs continue to point to another round of 70s becoming a good bet toward the middle of next week.