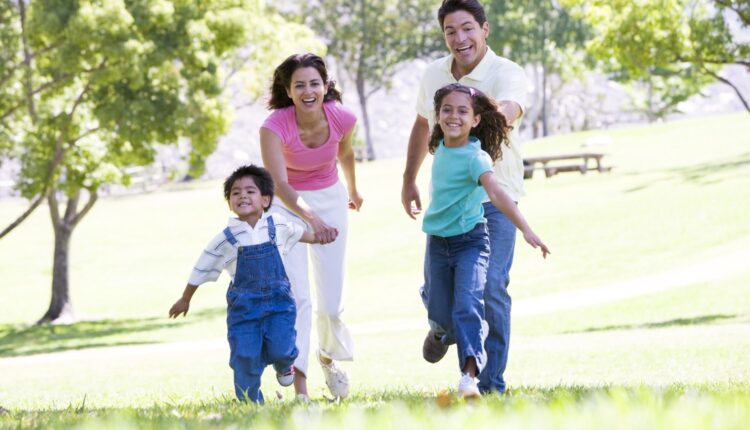 The statistics are alarming. According to the Centers for Disease Control and Prevention (CDC), the percentage of children and teenagers in the United States classified as obese has more than tripled since the 1970s, with nearly 15 million children and adolescents in the US considered obese.

What’s driving the trend? For many, it’s a simple matter of eating too much and moving too little. During the school year gym class, recess and other classroom activities provide time for movement and active play. Now that school is out for the summer, however, the responsibility often rests at home.

“When kids are out of school, it’s critical to make sure that they’re outside playing every day. We want kids to get a minimum of an hour every day of physical activity, but it would be great to see more,” says Dr. Rebecca Sierra, an OSF HealthCare pediatrician in Bloomington, Illinois.

An hour a day may sound like a lot, but children may already be meeting the recommended physical activity levels with every day play. Activity doesn’t need to be organized, nor does it require time in a gym. For kids, it’s a matter of moving.

“Any kind of play is physical activity. If they’re out on the swing set, walking the dog, playing at the park, any of that. It doesn’t take organized sports, they don’t have to be on a soccer field. Just getting kids outside or creating activities at home for them to just be active.”

One thing parents can do to help get their kids more active – hit the off switch on electronics. The time kids spend watching TV, playing video games or surfing the web is time they could be physically active.

According to the Kaiser Family Foundationon average, kids ages 8-18 now spend an alarming seven and a half hours in front of a screen for entertainment each day. That adds up to 114 full days of screen time over the course of a year. dr Sierra points to recommendations from the American Academy of Pediatrics (AAP) to say that number needs to be much, much lower.

“If they’re not outside being active, are they inside spending time on screens? And we really want to try to limit that,” she warns. “The AAP recommends no more than two hours a day of screen time for most kids. So that’s a lot of hours left in the day for kids to get outside and have physical activity.”

Compared to those who are inactive, physically active kids have higher levels of cardiorespiratory fitness and stronger muscles. They also typically have lower body fat and stronger bones. Physical activity also has brain health benefits for school-aged children, including improved cognition and reduced symptoms of depression.

Despite its importance, keeping kids on the right activity track might sound daunting. dr Sierra reminds busy parents they can set the pace for the whole family. she recommends making health and fitness a family affair. Have your children join you on walks or working around the yard; even the youngest ones can pick up sticks.

“So much of getting kids active is doing things as a family. Personally, I know my kids love to join me when I’m going for a walk with the dog or if I’m outside doing anything in the yard, they’re on the swing set. They follow me and they want to do what we’re doing as adults, so I think if parents are getting outside and being active, the kids are going to follow.”

No shortage of fun activities in June with Visit Champaign County