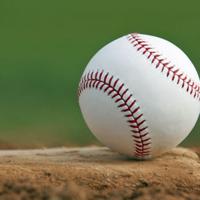 The teams were scoreless after two innings, but Rockford broke things open with two runs in the third and four in the fourth on its way to a 9-1 win.

Saturday at Saints Field in Dassel. Rockford, 13-8 overall, advances to the section semifinal where it will meet Watertown-Mayer at 7 pm Monday, June 6 in Dassel.

The section championship is set for 5 pm Thursday, June 9.

Why the War in Ukraine Might Make Root Canals More Difficult