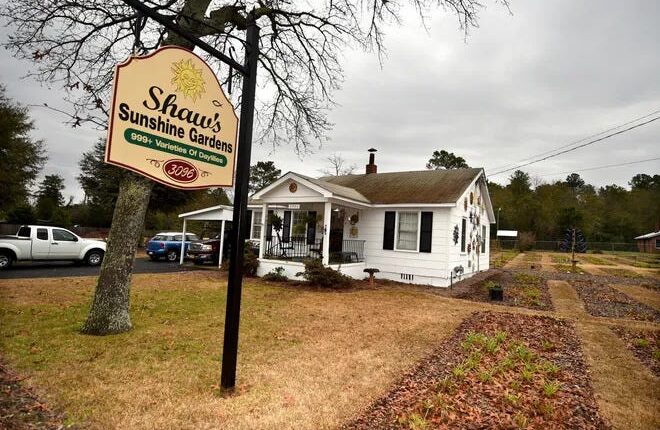 Filmed in Georgia is a weekly column by Frank Hotchkiss. Contact Frank with recommendations at [email protected]

Clint Eastwood has shot films all over the world.

Iceland was the stand-in for his Iwo Jima films, told from the Japanese and American perspectives. Morocco formed much of the background for “American Sniper,” and New York’s Hudson River was obviously the setting of “Sully,” the airplane rescue.

But one place he keeps coming back to is Georgia: For “Richard Jewell,” “Midnight in the Garden of Good and Evil,” and most recently, “The Mule.” Clearly, Clint Eastwood has Georgia on his mind. The state has benefited greatly financially as a result.

Another recent Filmed in Georgia:‘My Cousin Vinny’ brings the mob to Alabama, aka Jasper County, Ga.

“The Mule” is a tale of foolish decisions made to help pay medical costs for his dying former wife plus preserve a decaying Peoria, Illinois, in foreclosure.

Shot in Augusta, Georgia, the daylily farm (a two-week shoot at Sunshine Gardens on Lumpkin Park Drive) is the last possession of the disgruntled 90-year-old central character, played by Eastwood himself.

Crushed by online sales, he is an old-school, person-to-person flower sales guy whose lilies have won major prizes but is now withering on the Internet vine. He loves his flowers, but his farm is being foreclosed.

By chance he learns that the money he needs to save his farm is easily obtainable if only he will make periodic deliveries of questionable goods with his dilapidated pickup truck to distant locations, no questions asked. He has a perfect driving record and so is beyond reproach.

From the set:Augusta businessman talks making of ‘The Mule’

So: In movies, Clint Eastwood always carried a tune

Once you encounter his new partners, weapons at the ready, there is no doubt that these are very bad characters indeed, and that Eastwood has now become entangled with drug dealers of the worst – and deadly – sort.

With his new income he gets a new truck, pays the medical bills and buys a round or two for a crowd of friends. The deliveries get larger and larger, the profits climbing commensurately, and so it is only a matter of time before the authorities catch wind.

There are some interesting twists and turns with Eastwood’s family – it is by and large a true story of Leo Sharp, a veteran acting desperately at the end of his life – but predictably he is caught and must pay an imprisoned price he acknowledges is more than warranted. Transporting 1,400 kilograms of heroin is no small crime.

Casting call:Practice your zombie growl as ‘Fear the Walking Dead’ is coming to Savannah

Other locations used in the film included Shane’s Rib Shack in McDonough outside of Atlanta, Augusta’s First Community Bank on Broad Street, the Augusta Museum of History plus homes in the city’s Harrisburg and Central Avenue neighborhoods, and the bar at the DoubleTree Hotel on Perimeter Parkway .

Financial returns from location filming can be significant. “The Mule” meant $1.1 million for Augusta’s restaurants, hotels and other support services, and an estimated $9 million for the state. The prairie shots of Eastwood making his long distance runs were in Las Cruces, New Mexico.

“The Mule” can be found at your local library or streaming on Hulu and HBO Max.