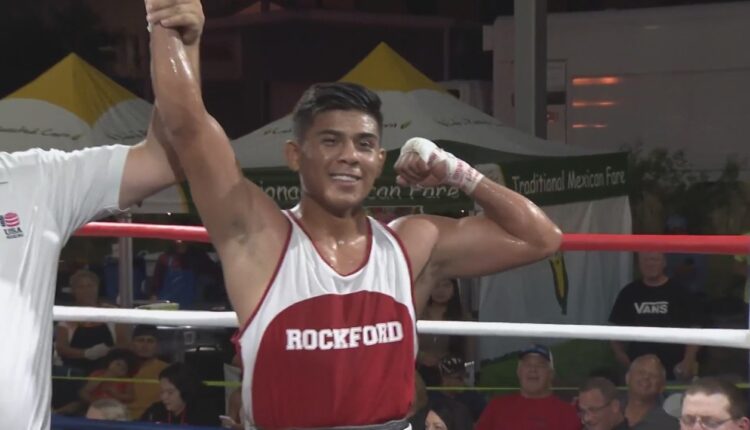 Hundreds of people turned out at the City Market Pavilion to watch 11 fights that primarily featured boxers from Rockford’s Patriots Boxing Club taking on opponents from the Chicago area and from other locations in Illinois.

In one of the main events Rockford’s Angel Martinez stepped into the ring for the first time in a four years. His comeback was a great success. The former National Golden Gloves champion defeated Chicago’s Allen Terry in a bout that was stopped at 2:14 of the second round.

In another main event Rockford Police Officer Cory Magnuson defeated Eamon O’Mahoney in a bout that was stopped in the third round.

The event was free to the public. It was produced by Jimmy Goodman of Patriots Boxing Club and by Nick Povalitis of Plus Seven Company.

Two displaced, $30K in damages after fire on Rockford’s west side