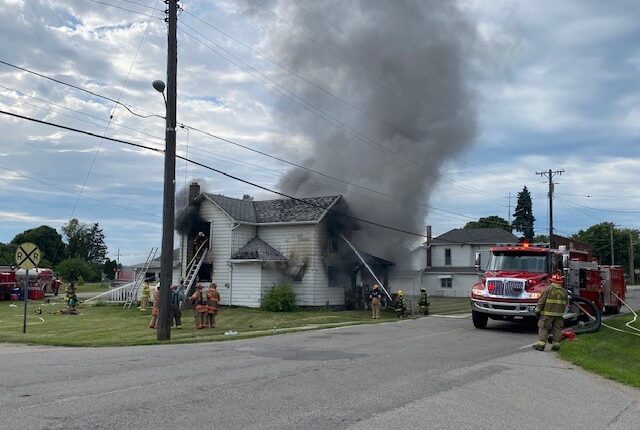 CHAMPAIGN COUNTY, Ohio (WDTN) — A Rosewood house fire sent three people to the hospital, including a firefighter on Saturday afternoon.

The fire was reported just after 4:30 pm

Crews responded to find heavy smoke coming from the home on Kaiser Lake Road. Two people were able to make it out but had to be taken to Wilson Memorial Hospital in Sydney after smoke inhalation.

A firefighter was also hurt. The injury was not serious, but he was also taken to the hospital as a precaution.

The cause of the fire remains under investigation.