One year later, farmers of color are still waiting on billions of federal relief dollars | KCUR 89.3 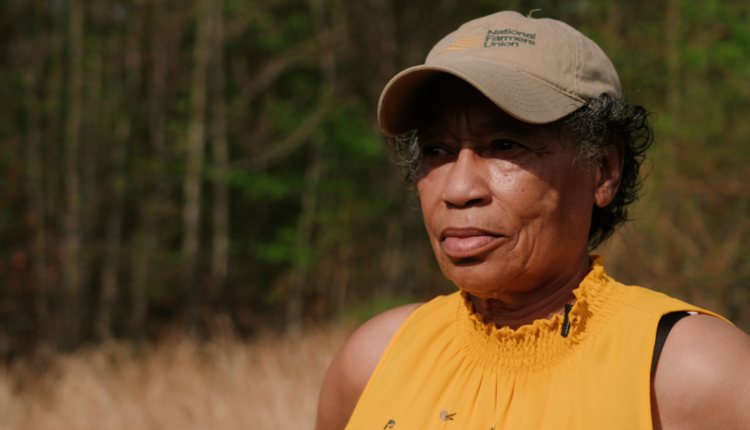 Barbara Norman remembers exactly how she felt when she first opened the letter from the US Department of Agriculture. It was a cold, drab day on her farm in Covert, Michigan. But the letter brightened everything.

It forgave more than a half million dollars she owed the department for various loans she’s taken out over the years.

“I was so relieved … it was amazing,” she said, recalling her initial reaction upon opening the letter.

Norman received this worksheet in March 2021, which lays out her loan forgiveness from the USDA’s Farm Service Agency.

That was over a year ago, yet the debt still hangs over Norman’s head. She’s one of thousands of farmers of color across the country waiting on debt relief that was signed into law under the American Rescue Plan Act of 2021. Since it passed, the funding has fallen into legal limbo after facing multiple lawsuits from banks and from white farmers alleging discrimination.

Norman says waiting has been excruciating.

“It’s got you in a limbo,” she said. “You realize, if they never pay, you gotta farm, you’ve got to do whatever you got to do.”

She’s the fourth generation to farm the land her grandfather bought in 1945. She grows 25 acres of blueberries in Van Buren County, Michigan — one of the most diverse counties in the state in terms of crops and the farmers growing them. Her great-grandfather was the first in her family to farm the plot after migrating north from Mississippi where he was a sharecropper.

Norman inherited the farm debt-free. But she’s taken out various loans from the USDA’s Farm Service Agency over the years to purchase things like farm equipment, including an all-terrain vehicle for getting around her 50-acre farm.

Prior to receiving the letter, the FSA threatened to accelerate Norman’s loans or foreclose. But because ARPA put a moratorium on foreclosures of eligible farms, Norman’s farm has been temporarily saved. But she worries about what could happen next.

“I’m so afraid they might not pay it out,” she said.

It’s not the first time she’s waited on federal relief that hasn’t come. In a well-known case from 1999 known as Pigford vs. Glickman, Black farmers sued the USDA for racial discrimination. The resulting pair of settlements allocated about $2 billion for Black farmers. Barbara filed a claim but was denied. She was told her case did not prove discrimination, and therefore she wasn’t eligible for a pay out.

She wonders if history will repeat itself.

“If they don’t do this, they could wipe out half the [famers] of color,” Norman said.

The money from ARPA isn’t just a debt erasure — it also includes a 20% direct payment to borrowers to offset potential expenses such as a tax liability created by loan payments. Norman blames the Biden administration for not distributing the aid sooner, allowing time for plaintiffs to file lawsuits.

“As soon as it got passed by Congress, [Biden] was supposed to get that money out of there,” she said.

The USDA did not respond to multiple requests for comment about the status of the debt relief funding or about how or whether they plan to move forward with the payments.

According to a recent study, discrimination at the USDA has cost Black farmers about $326 billion worth of farmland over the past century, though researchers admit that’s likely a severe undercount. Many of those farmers were forced to give up their land because discriminatory lending policies at the federal level left them unable to financially sustain it. 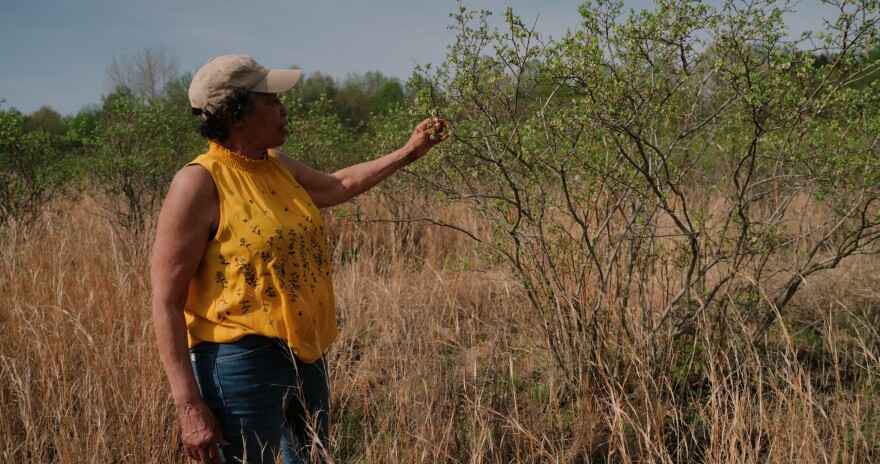 “Money is not as much wealth to me as my land is,” Barbara Norman said. “Land, to me, is wealth.”

Norman has seen many farms foreclosed on over the years, but she’s hopeful she won’t be one of them. After all, the land upon which she operates Barbara’s Blueberry Batch represents more than just her livelihood — it’s her family’s financial safety net.

Norman said this latest legal battle could lead to even more loss.

“If this American Rescue Plan Act of 2021 is not adhered to, not taken care of, it says volumes of disturb, volumes of hurt, of pain to the farmers of color in America,” she said.

Norman said she won’t pass the farm down to the next generation unless it’s debt-free. So without the ARPA debt relief, her family could be next in the long line of farmers of color who’ve sunk under the weight of debt and lost their farms as a result. She’s determined not to let that happen.

This story was produced in partnership with Harvest Public Media, a collaboration of public media newsrooms in the Midwest. It reports on food systems, agriculture and rural issues. Follow Harvest on Twitter: @HarvestPM

US driver’s deaths are more frequently than other developed countries