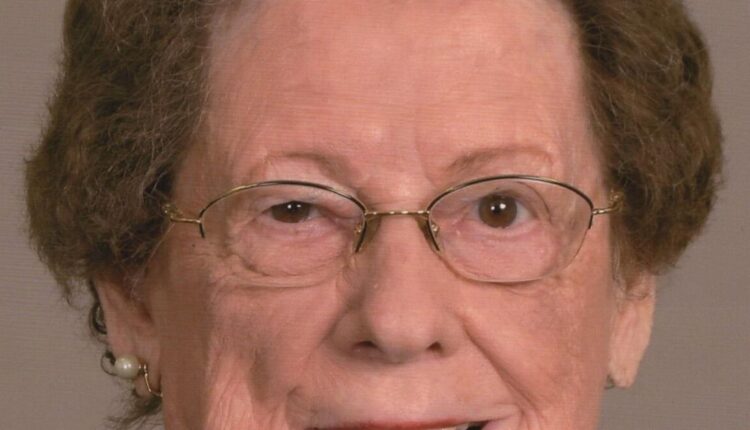 Visitation will be at Shrader Funeral Home, Arcola, from 5 to 8 pm Wednesday, Aug. 10, and one hour prior to services. The funeral will be on Thursday, Aug. 11, beginning at 1 pm at the funeral home with the Rev. Dr. Sheryl Palmer officiating. Final resting place will be in Arcola Cemetery.

Marge is survived by her husband, George of Mattoon, and her son, Rodney, and his wife, Cathy, of Lerna. Also surviving are her grandsons, Cody Morris and fiancé Maddie Cender of Seymour, Derrick Jeske and wife Brooke of Kansas City, Mo., Clint Jeske and wife Amy of Atwood and Ross Jeske and friend Melissa of Lakeland, Fla. She is also survived by six great-grandchildren and numerous nieces and nephews and their children.

She was preceded in death by her parents; sisters, Dorothy Dilliner and Eleanor Chaney; brother, Dale Gardner; and one nephew.

Marge was a farm wife and a farm lady from the very beginning. She spent 36 years working alongside her parents before later marrying George and working on their farms in rural Seymour and ultimately 42 years on Rising Road in Champaign before they retired in 2000. Marge loved working on the farm as well as taking pristine care of her home , yard, garden and flowers. Marge, George and Rod lived in a large two-story farmhouse, and Marge was known to have regularly washed over 50 windows and trimmed over 50 bushes on the Champaign farm. Marge was also quite a cook and enjoyed preparing meals for farm help, family and numerous State and National FFA officers who stayed in their home while Rod served as State FFA president, as well as several fellow AGR brothers of Rod from the University of Illinois. She was active in the family raising Angus cattle and took pride in selecting the mother of the World Grand Champion Angus Bull that the family exhibited in 1985. She also loved taking care of the family’s two collies, Lassie and Trish, and watching birds — Cardinals were her favorite. She was an Illini fan and especially enjoyed watching Illinois basketball games on television.

Marge graduated from Arcola High School. She was a member of Faith United Methodist Church in Champaign since 1968. She also served as a member of the Illinois Angus Association Ladies Auxiliary, on the board of elections in Champaign County and went door to door raising money for the American Cancer Society. Marge served on a committee and was instrumental in maintaining the agriculture curriculum in the Champaign High Schools in the early 1980s. She was awarded the Honorary State FFA Degree.

Marge was also quite a dancer, especially in her early years in Coles and Douglas counties. But most of all, Marge enjoyed visiting with friends and spending time with family. She took tremendous pride in the accomplishments of her grandsons and seeing Cody participate in sports, showing livestock and also becoming State FFA president. She will be greatly missed by her friends and family and will remain in their hearts forever.