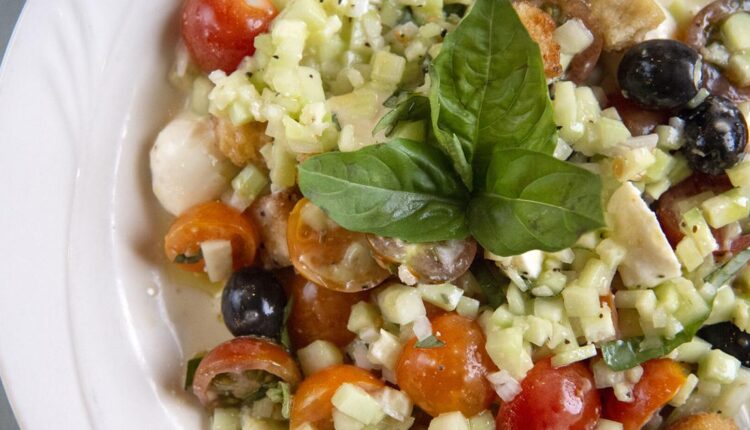 Most people can’t fly to Italy on a whim. For those who wish they could, a nice dinner at an Italian restaurant might be the fix they need.

According to Gazette readers for the Best of the Springs magazine, these Italian restaurants are top tier and the best in the area. Plan your next date night or family outing by checking out the list below. They’re less expensive than that flight.

Leo and Anne Cervetti opened this restaurant in 1958. Through decades of a changing world, Luigi’s has made few changes to its menu or way of doing things. Their website says, “Gina and Les (the latest in the Cervetti family to operate Luigi’s) … have not, and will not change what Luigi’s does best. Not changing is the key to our survival.” 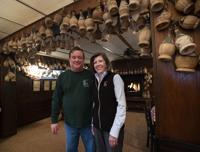 This is another family owned restaurant. Established in 1959, this restaurant has made it’s way to the fourth generation of ownership. The website offers some advice for those who decide to dine there: “As Mama Lina use to say, ‘if you leave here hungry, it’s your own fault.’ Taking her advice, we recommend you bring your appetite while we excite your taste buds in our historic little restaurant.” 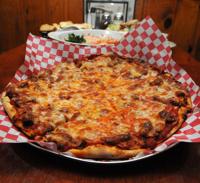 Dom, Toni and Jerry Mollica opened this restaurant in 1987. Their website says it’s a flexible restaurant and works for “both small and large groups, formal and informal get-togethers.”

Mollica’s is open 9 am to 7 pm Mondays through Wednesdays and an hour later Thursdays through Saturdays. They’re closed on Sundays. The address is 985a Garden of the Gods Rd.

“Great place for lunch with a deli full of delicious food to take home for dinner.”

“My favorite lunch stop for Italian. Wonderful salads and pasta dishes, and a discount for cash!”

Unlike the restaurants mentioned previously, this Italian eatery opened more recently. After studying to become a certified master chef, Giuliano Casulli worked in many restaurants in Italy and Texas, according to his restaurant’s website. He opened La Bella Vita with his staff and they’ve been serving residents authentic Italian food since then.

They’re open Tuesday through Sunday 5-9 pm They’re located just off I-25 at 146 Garden of the Gods Rd.

This restaurant originally opened as a pizza place called Pizza Plus in 1974, according to their website. They changed their name in 1991 due to the popularity of their Panino sandwich. Their website describes it as a sandwich filled with vegetables, meats, cheese and then baked, rolled and served hot.

The Frasca family owns and operates all the locations, which have expanded to three in Colorado Springs, one in Fort Collins and one in Twin Cities, Minnesota. You can find the Colorado Springs locations listed here.

A building that housed the Panino’s restaurant at the First & Main Town Center on Colorado Springs’ east side will be torn down to make way for a multi-tenant retail building. Panino’s owner AJ Frasca, a third-generation member of the family that founded Panino’s in 1974, said he plans to look for a new location.


photos by JERILEE BENNET, THE GAZETTE

This restaurant has 16 locations throughout the United States. Todd Hovenden opened the first location in 1999 in Bloomington, Illinois.

In Colorado Springs, they’re located at 1805 Briargate Parkway and open daily from 11:30 am to 8 pm but open for an hour later on Fridays and Saturdays.

Owner and executive chef, Eric Brenner brings the St. Louis Italian neighborhood of “the Hill” to downtown Colorado Springs, according to his restaurant’s website. He opened Red Gravy in 2016 after finding success in a series of high class restaurants and winning Guy’s Grocery Games in 2014.

Red Gravy offers seasonal dishes that change every month. They’re located at 23 S. Tejon St. and they’re open from 11 am to 9 pm Sunday through Thursday and 11 am to 10 pm Friday and Saturday.

“Oh the goodness you can enjoy here. Music. Food. Service.”

Chef Franco Pisani’s greatest mentor was his mother, an Italian immigrant who ran their family-owned bakery in Connecticut, according to his restaurant’s website. After graduating from Baltimore Culinary College, he worked in different restaurants throughout the Connecticut area. In 2003 he opened Paravinci’s.

“Classics made to order & savor slowly. This is visiting Italy for a family dinner.”

“By far the best Italian food in town! The atmosphere is perfect for family gatherings, or date nights, or just a great meal when you’re craving gnocchi! Love the atmosphere as well as the food.”


JEFF KEARNEY, SPECIAL TO THE GAZETTE