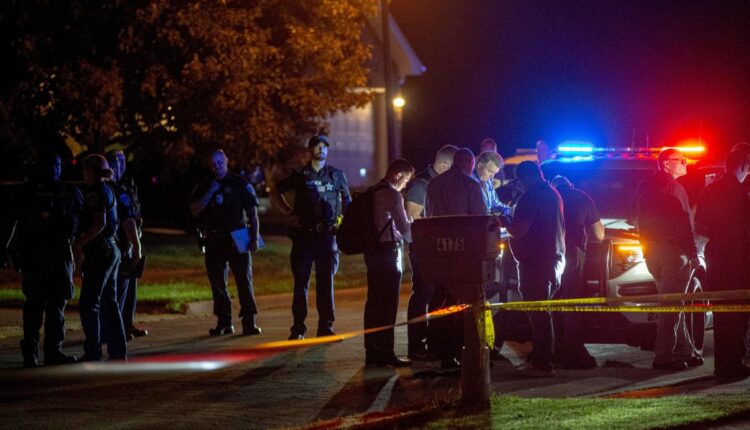 Police warn the video is disturbing and should not be viewed by children or sensitive viewers.

ROCKFORD — Body camera footage and 911 audio of a Sept. 1 shooting involving Rockford police officers on the city’s south side were made public Friday by the Rockford police department.

Officer Alexander Stone fired four shots at Peter Jaeger inside Jaeger’s home at 4175 Linden Road after Jaeger confronted officers while holding a gun, according to a news release from the Winnebago County State’s Attorney’s Office.

Jaeger was given medical treatment at the scene and was later transported to OSF St. Anthony Medical Center where he was pronounced dead.

Officers were dispatched to the home when a caller, identified as Jaeger’s wife, phoned 911 saying her husband was being verbally abusive toward her.

The domestic disturbance escalated and the woman locked herself in the bathroom and waited for the police to arrive.

More:New details reveal identity of man shot by Rockford police, what led to the shooting

According to police, officers arrived on scene at 8:30 pm and set up a perimeter around the home. Officers entered the home at 8:36 pm after hearing the woman scream.

In body cam footage from two different police officers, police are heard shouting at Jaeger to show his hands before four gunshots are fired.

Rockford police officers are on the scene of an officer-involved shooting Thursday, Sept. 1, 2022, at the 4100 block of Linden Road in Rockford.

“It is imperative that the community understand that the following information is based on a preliminary and ongoing investigation, which continues to evolve as investigators interview witnesses, review physical and electronic records, and analyze forensic evidence,” Winnebago County State’s Attorney J. Hanley said . “The task force and the state’s attorney’s understanding of the facts and circumstances may change as additional evidence is collected and analyzed. Further, the State’s Attorney will, and must, reserve all judgment until the investigation is complete.”