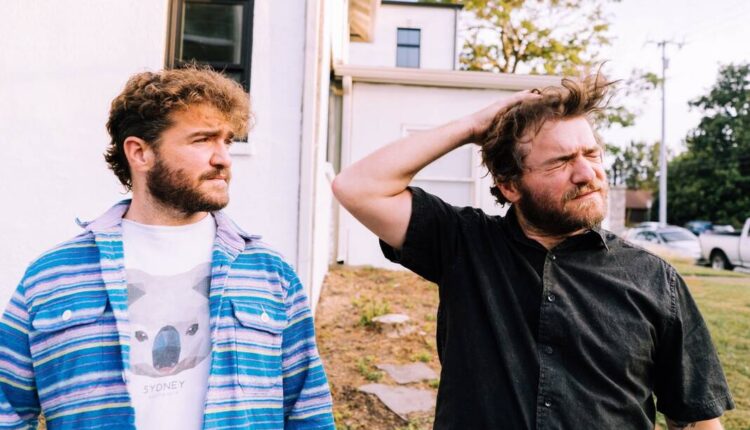 The Brother Brothers will perform at the Marathon Center for the Performing Arts in Findlay today.

FINDLAY — An indie folk duo will make an appearance at Findlay’s Marathon Center for the Performing Arts and it should be a unique performance.

The Brother Brothers, formed by identical twins Adam and David Moss, will take the stage at 7:30 pm today for a show that Adam touts as “damn good.”

“I happen to think that we play really beautiful music and harmonies in thoughtful songs,” he said. “We put a lot of thought stand time into our stage banter and show presentation as well, so I think overall, it will be moving in terms of laughter and heartfelt emotional connection.”

For the duo, who come from Peoria, Illinois, it has been a long road since leaving college, traveling around the country to the likes of Austin, Texas, Boston and New York.

“But through all of these travels, we’ve had a lot of musical experiences and dug really deep into the songwriter scenes all over the country,” said Moss. “And we feel like a huge part of a national movement. But we are also connected individuals. And we’re just good. We’re super enjoyable and we sing beautifully and write great songs. It’d be hard to believe if anybody came to the show and were disappointed in what we did.”

Moss said that although the brothers love being back in the Midwest, they have not yet been to Findlay. Nevertheless, they are excited to take the stage and they hope that the audience takes away something very important from their performance.

“The reason we do this is to connect with people,” he said. “But the world is hard. And we come to play music and write and perform so that we can take our perspective of the world, which I think a lot of people share and can relate with, and we distill it down, internalize it and then put it into something that we think is beautiful and easy to digest. Just being able to provide people with that experience is something that brings us joy and we hope that they can take home with them a little of that perspective and catharsis and joy and relief.”

This might just be the start for the Brother Brothers, who have already released an album of cover recordings titled “Cover to Cover.” The duo is set to release a new album of originals this coming fall.

“We’re very excited about that,” said Moss. “It’s kind of the coolest thing that we’ve done, in my opinion. And we have some cool stuff set for this summer and hopefully, we’ll come back to the Midwest as we tour again when the album comes out.”

Tickets for the show are on sale now at http://www.mcpa.org.

WHAT: The Brother Brothers in concert

WHERE: The Marathon Center for the Performing Arts, 200 W. Main Cross St., Findlay