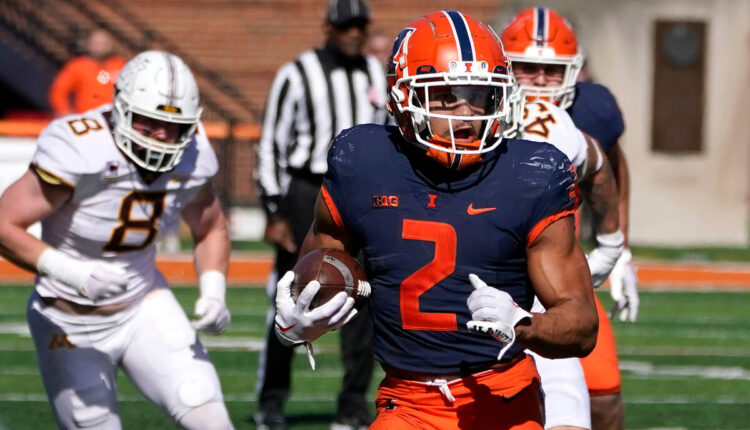 Looking out the window at the gray skies Thursday served as a timely reminder.

Now that the calendar has flipped to November, it’s important for bettors to also be meteorologists and check the weather reports.

For example, the forecast this weekend across Big Ten country calls for nasty weather, the kind that makes you want to cancel all your plans, sip hot apple cider and play a card game with your family at the kitchen table.

It’s also the type of conditions that can lead to games staying under the total, as teams find it difficult to move the ball in the elements.

Michigan State has lost five of its past six games and is dealing with the fallout from a postgame altercation following its loss at Michigan.

The Spartans already were struggling to produce points, ranking 93rd in the country in scoring offense at 24.5 points per game. Throw in some wind and rain in Champaign, Illinois, and they could have a miserable time.

Illinois leads the nation in scoring defense and yards allowed per game, an impressive turnaround under second-year coach Bret Bielema. That unit has made up for a pedestrian offense that relies heavily on running back Chase Brown.

Grab an umbrella and take under 41½.

Minnesota-Nebraska U46½: The Golden Gophers don’t have a vertical threat in the passing game, but they have developed an efficient offense that leans on running back Mohamed Ibrahim, who has 16 straight 100-yard games. Minnesota will be content to shorten the game against the Cornhuskers, who list quarterback Casey Thompson as a game-time decision.

Maryland-Wisconsin U50: This is entirely a weather play, because Badgers quarterback Graham Mertz has been surprisingly serviceable this season despite his team’s record. Wisconsin had to cancel a pregame tailgate party because of projected wind and rain. Maybe the Badgers’ defense will also show up now that the secondary is back to full strength.

Oklahoma State-Kansas O65: The Cowboys are coming off their first shutout loss since 2009, but seven of their past nine games have gone over the total. Kansas hasn’t stopped anyone in the Big 12 not named Iowa State, and the over is 6-3 in the Jayhawks’ last nine outings. Oh, and other than a breeze, the weather isn’t supposed to be bad in Lawrence, Kansas.

Washington State-Stanford U50½: The under is 7-1 in the Cougars’ games this season thanks to a defense that is ranked 24th in the nation at 20.8 points allowed per game. The Cardinal haven’t scored more than 28 points against Football Bowl Subdivision competition and put up 16, 15 and 13 points in the past three weeks.

‘Our youngest children are definitely in need’