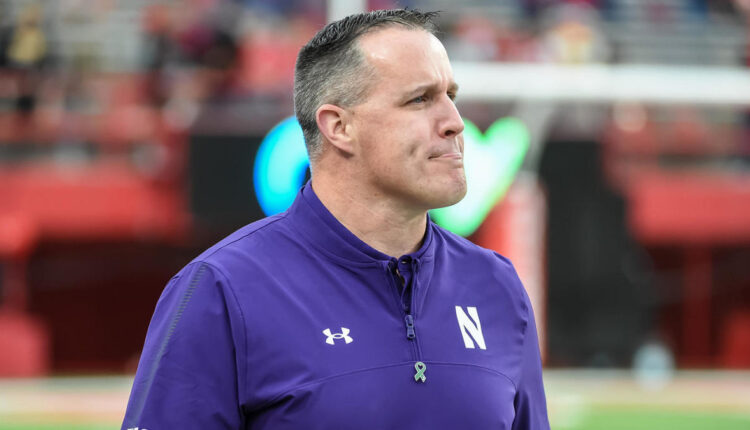 Ladies and gentlemen… it’s time. Saturday marks the first day of the FBS college football season, and it includes a trip across the pond for two Big Ten foes. Nebraska and Northwestern will tee it up at Aviva Stadium in Dublin, Ireland, in what is a massive Big Ten West showdown that will set the tone for what should be a wild season in the division.

Those two teams aren’t the only FBS teams in action. Illinois will host Wyoming, Florida State will face Duquesne, North Carolina will meet Florida A&M and Vanderbilt will make the trip to paradise to take on Hawaii.

Here’s a handy viewer’s guide to help you navigate through the action.

Nebraska vs. Northwestern (in Dublin, Ireland) — 12:30 pm on Fox, fuboTV (Try for free): Cornhuskers coach Scott Frost is on one of the hottest seats in the country, and he lured former Texas starting quarterback Casey Thompson to Lincoln, Nebraska, to take over for the recently-departed Adrian Martinez. Thompson possesses the same kind of dual-threat capabilities as Martinez, which has been a staple of Frost-led offenses throughout his career as a coordinator and coach. It’s an even-numbered year which, at least recently, means that Northwestern will contend for the division title. Coach Pat Fitzgerald has a stout offensive line, but has held his quarterback situation close to the vest even after they arrived in Ireland.

Wyoming at Illinois — 4 pm on Big Ten Network, fuboTV (Try for free): Coach Bret Bielema announced Thursday that ex-Syracuse starting quarterback Tommy DeVito will lead his team against the Cowboys. DeVito has had plenty of success at the FBS level and multiple weapons around hinm, including a potential star at tight end Luke Ford. Wyoming was absolutely decimated by graduation and the transfer portal, so it’s hard to gauge just what we will see in Champaign, Illinois.

Duquesne at Florida State — 5 pm on ACC Network, fuboTV (Try for free): Normally a game between a former national power that has fallen on hard times and an FCS foe wouldn’t be a big game, but hey, it’s Week 0. Florida State coach Mike Norvell is in a big year and it’s not like the Seminoles have fared well in season-openers recently. It’ll be nice to see where they’ve improved and what work needs to be done in order for the ‘Noles to get back on top.

Florida A&M at North Carolina — 8:15 pm on ACC Network, fuboTV (Try for free): The Tar Heels are in the first year of the post-Sam Howell era, and coach Mack Brown announced this week that redshirt freshman Drake Maye will start at quarterback. Come for the quarterback intrigue, but stay for the joy of watching star wide receiver Josh Downs in action.

Vanderbilt at Hawaii — 10:30 pm on CBS Sports Network (find channel), CBSSports.com and CBS Sports App: The SEC season will kick off in the nightcap when Commodores coach Clark Lea takes his team to the middle of the Pacific Ocean to take on the Rainbow Warriors. If you don’t know ‘Dores quarterback Mike Wright, you’ll see plenty of the dual-threat stud. The Timmy Chang era will kick off for Hawaii as the former Rainbow Warriors quarterback takes over his alma mater in the hopes of leading it back to national prominence.

Best of the rest

What Parts Of Illinois Has Area Code 815?